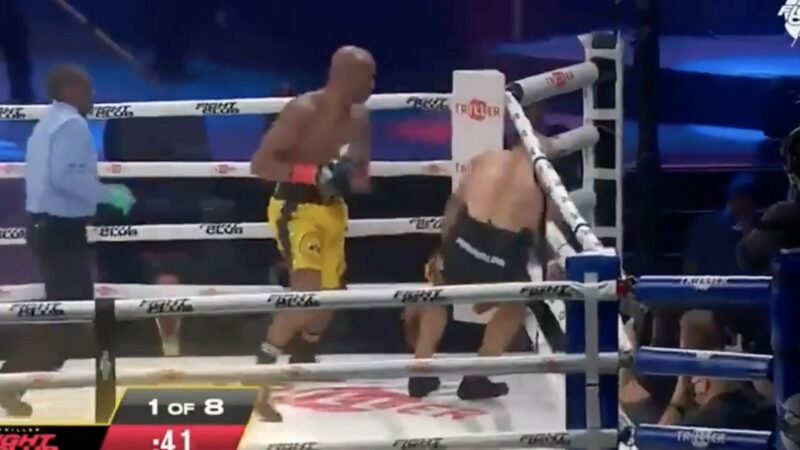 The former UFC star Anderson Silva knocked out Tito Ortiz in the first round of their boxing contest in the co-main event at Saturday’s Triller Fight Club Legends II event in Hollywood, Fla. Ortiz claimed that Silva hit him with an illegal hit to the back of the head in their Triller fight. He took to Twitter and lashed out at ‘The Spider’ and made the bold claim.

Ortiz said that the former UFC middleweight champion gave up his first-class seat to his recent opponent’s girlfriend, Amber Nicole Miller, in their flight back to California following their fight at the event. He posted a video clip on Ortiz’s Instagram stories, “The Huntington Beach Bad Boy” and thanked Silva for giving his first-class seat to Miller after the airline JetBlue made a mistake on the tickets only giving Ortiz one first-class ticket. Anderson Silva AIDS Test Results Revealed

“He just actually gave up his first-class ticket for Amber to sit here,” Ortiz said. “The airline messed up and Anderson Silva gave up his seat for Amber to sit next to me. Anderson Silva, you’re the man, dude. I appreciate it, thank you very much. Amazing man, nothing but respect. Even after the fight, he gave it up and let Amber sit here. Thank you, Anderson, I appreciate it. Mad respect dude.”

A wholesome epilogue to the Triller fights pic.twitter.com/wCWWGepgNA