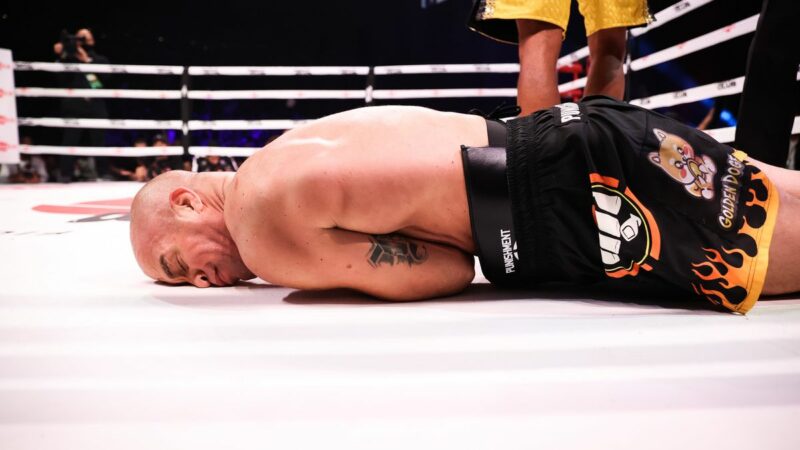 On the MMA Hour Ariel Helwani called into question the authenticity of the Anderson Silva Vs Tito Ortiz fight that took place during last weekend’s Triller Fight Club event. The MMA journalist stated that he talked to several people in the fight game and suggested Ortiz took a dive. Wrestling-Edge transcribed the following remarks. This top UFC star ‘humiliated’ Tito Ortiz in prison

Ariel: I suggested that maybe there were some maybe, shall we say, ‘questionable moments’ in that fight. I talked to a lot of people who’ve been in the fight game. I’ve talked to a lot of people who have watched fights and they share the same sentiment as me – to be up in the corner like that, to throw those punches, to wait, to go forward, have this dramatic fall and then to not move during the ten count but then to jump up once the fight is over? Let’s not pretend here that we’re talking about a bastion of integrity. Let’s not pretend that we’re talking about someone who hasn’t just fought Alberto Del Rio in an MMA fight let alone has done pro wrestling.

Helwani continued: “I saw Mike Bond write something about this on MMA Junkie and I reached out to him via text as well and I was like – ‘hey, next time @ me’. I have never been the guy to cry foul about a Bellator fight and I hate when that happens. It’s reckless, it’s disrespectful, it’s all these things, I have never been that guy, ever. But you’re telling me you didn’t watch that? Especially – and go look at the ESPN ringside clip taken by Omar Raja and tell me him in the corner was not weird. I was just raising my hand – am I the only one who saw that? Taking a fight on super short notice, quick payday, in and out – and I’m not suggesting at all that Anderson had anything to do with anything because he felt he was above all of that. But the notion that someone who would want to just get in and out – why is that crazy? Are we all that naïve?