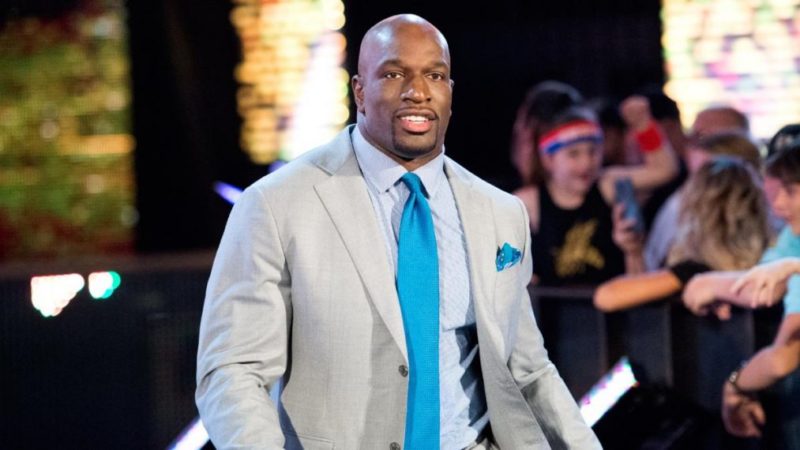 The return of Hulk Hogan has certainly stirred a lot of mixed feelings in the wrestling community. Titus O’Neil and the New Day have already put out statements regarding Hogan’s reinstatement into the WWE Hall of Fame.

However, O’Neil spoke more on the subject on Busted Open Radio. Hogan’s apology was met with a lot of backlash, not because people weren’t willing to forgive him, but because of how it was worded. Hogan said that he didn’t know that he was being filmed, told the locker room to be careful with what you say and that he didn’t exactly remember what was said. He had also stated in an interview back in 2015 that, while he wasn’t a racist, the outburst could be associated with the environment that he was brought up by in the 60’s.

O’Neil didn’t believe that Hogan was sincere in his apology, and because of that, has lost all respect for him.

At the end of the day, the company made a decision. I support the decision. I support having one of the most iconic figures in WWE history in Hulk Hogan be in the WWE Hall of Fame. What I don’t support is the apology that was given in regards to the words and the actions that he exhibited years ago.

To me, when you have true remorse, it’s pretty simple. You don’t have to be prepped to say certain things and you definitely don’t want to make excuses. I feel like the inconsistencies from the time that it came out to last week were all across the board. It was uncomfortable for me. I want to give the character Hulk Hogan a chance. I want to give the man Terry Bollea a chance.

From a personal standpoint, I can say that Hulk Hogan was a hero, not only to me but many other minorities. He let a lot of people down. When you make that type of mistake, it’s not for the time being. It’s for generations of people both past and present that  you’re trying to make amends to.

Mark [Henry] expressed how he felt in the meeting, and I saw reports that it was a 50-50 split with certain people. I respectfully disagree with that, but that was from [Henry]’s perspective. I have always looked as Mark as a leader, and if Mark had made those kind of comments, I know he would’ve come to the table in a different way.

Like the New Day said, we don’t NOT want him in the Hall of Fame. That would be ignorant to say that I don’t want to give a chance to a guy that helped build this business and helped me in the position that I’m in. But at the same time, I’m not trying to be a part of a reclamation project when there’s not true remorse behind that reclamation project. If it’s done for show, I don’t think any member of the New Day or anybody else for that matter would want to be a part of it.

Again, I don’t have a problem with Hulk Hogan being in the Hall of Fame. The man, Terry Bollea, I have zero respect with how he came out with his apology. It was not an apology.

Titus O’Neil also spoke on working with Apollo Crews and Dana Brooke as Titus Worldwide, putting over AOP on Monday Night, and if he’s okay with not having a bigger spot in the company. You can check out the interview in the video below.