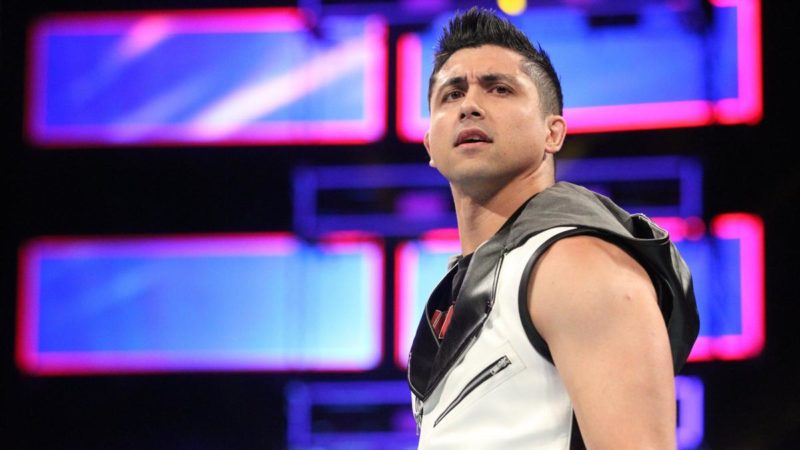 Former WWE star TJP recently held a question and answer session on reddit where he gave detailed answers about things like his start in professional wrestling, winning the CWC tournament and more.

During the session a fan asked the former WWE star about the process of compiling matches in WWE and he revealed that producers sit down with a paper and ask the stars to lay down their matches move by move.

Not only that but they are also being managed while they are out there in the arena and the referees are passing you the instruction provided to them by the producers in the back.

When asked if there is any bad blood between him and his former employers the former Cruiserweight replied negatively and explained how he got released from the company:

Not that I know of. I didn’t leave over disciplinary stuff, it was a creative thing. I said I was unhappy about a year prior. I went to Vince in London before raw and said I don’t feel like I’m a commodity to him, I’ve been kind of detached from repping my community since coming off the cwc, I’m not having fun anymore, and that I was just a good wrestler in a company full of good wrestlers so I’m not of any value to him. Eventually Vince decided to let me go do what I want. He said he didn’t know how to use me but didn’t want me to be an unhappy player in the same spot I was in. He said he has a lot of respect for what I wanna do and the balls to tell him and that I should go out and spread my wings.

When questioned about possibly working for AEW in future, the high flying star revealed that they actually had a talk earlier this year and said that he would be interested in joining the company:

Yes absolutely. I’ve talked to them a little bit but it was way before tv started. They have the crew they want, they’ve had it in place for awhile so that’s what they’re going with right now. And would love to get back in with Darby. He’s really one of my favorite characters right now and something I can relate to as a punk rock kid myself.