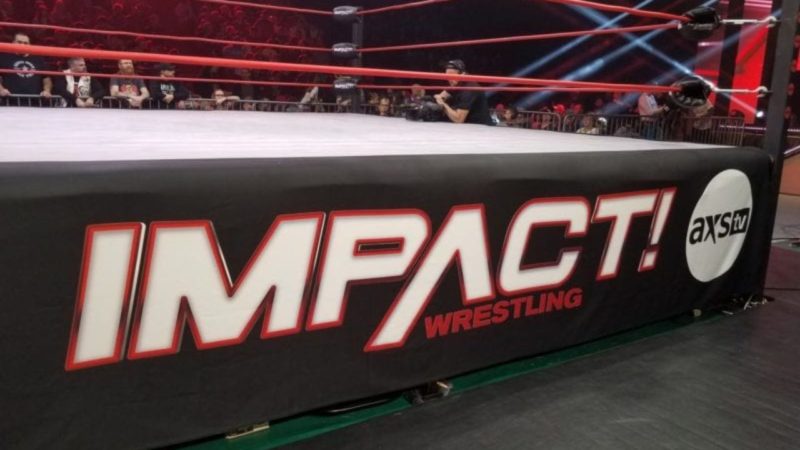 The reports of WrestlingNews.co state that that Aaron Frobel, popularly known as Michael Elgin in TNA and ROH, was arrested on 6/29/21 and was charged for “Violation of Protective Order.” The case has been “assigned to investigations.” Brock Lesnar ‘New Name’ After WWE Leaks

The order of protection, filed on 5/21/21 by Frobel’s ex-fiancé, Alex says she left her home for her safety on 4/21/21 because she was being abused physically, mentally, verbally, and emotionally.

“I had a plan to leave a few times before but always backed out from fear. Since I left I have received hundreds of phone calls, hundreds of text messages, numerous videos, and suicide threats from him. He has also reached out to my friends and family. Whenever I or someone he has reached out to block him, he uses the free text/calling apps to make a fake number and continues calling and texting. Sometimes saying it is him, sometimes pretending to be other people. I have asked him not to contact me numerous times.”

“Since I’ve been in a relationship with the respondent I have suffered sexual, mental, emotional, and verbal abuse from him. Abuse included:

– punishment for saying no to sex

– berating me verbally in public

– berating me verbally in private

– isolating me from my friends and family

– insulting and shaming me

“I recently found out he has been texting me our entire relationship from different fake numbers pretending to be people from my past and saying nasty things about me. I believe this was used along with many other tactics of control and manipulation to break me down and keep me under his control.”

Alex also told that Frobel violated the protective order over 60 times before he was arrested on Thursday 6/29/21. There were claims being made on Facebook that he disappeared. She reportedly told that Frobel has been claiming mental health issues as his defense. Alex said that she wants her story out to prevent this from happening to someone else.

“I respect everyone’s sexuality but it should be noted that men and women are people he goes after, not only women. The warning is for everyone, not just for women.”

“He used threats of suicide many times after I left. A couple of girls have reached out to me since I left and told me the same stories, as [Frobel’s ex-wife] Rachel can tell you as well. He’s continuing to threaten suicide as a manipulation tactic.” 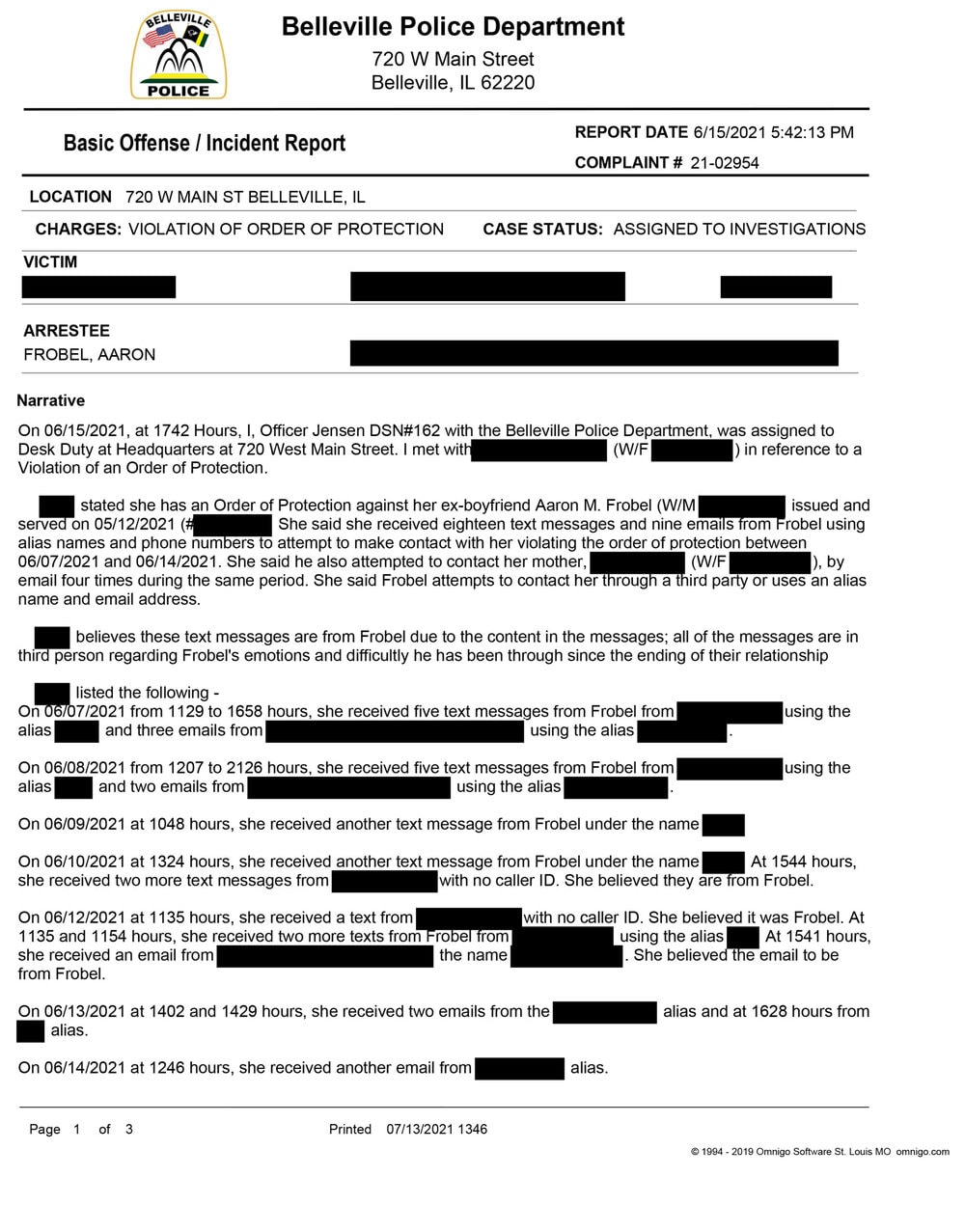 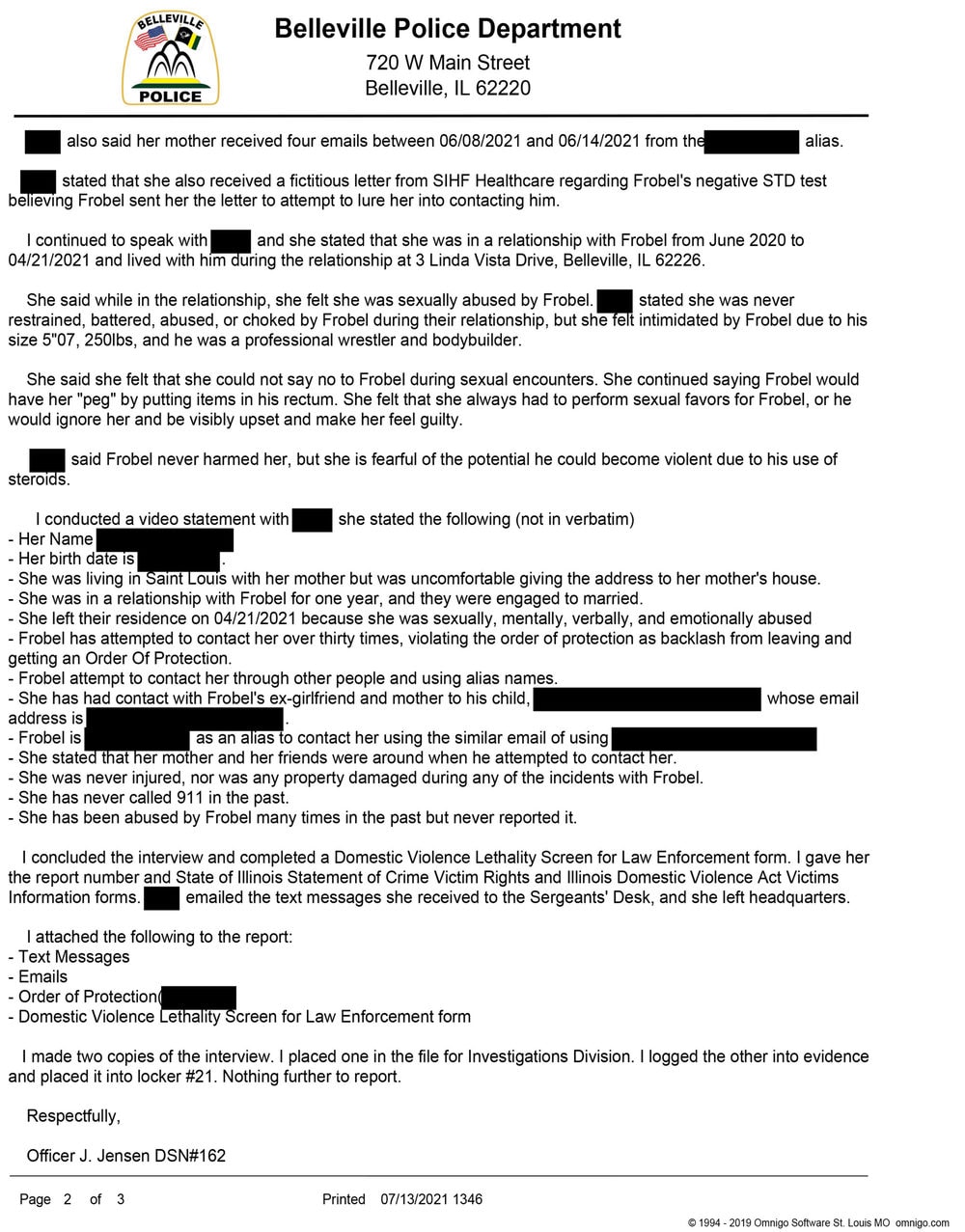