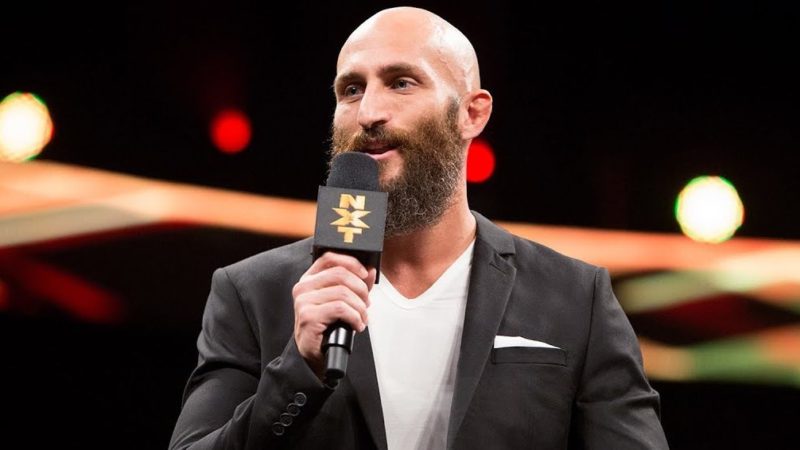 We noted before how Tomasso Ciampa suffered a leg injury during NXT Takeover: Chicago, now it appears that the NXT Star will be out of action longer than anybody might have expected.

According to the reports from Pro Wrestling Sheet, Ciampa is expected to be out of action until early 2018. The current estimated time given by medical personals for his return is March 2018.

Tomasso reportedly suffered a torn ACL during his match against The Authors Of Pain on Takeover: Chicago and he underwent a surgery back in early June.

He was last seen on WWE TV during the May 31 episode of NXT during which he explained his action from Takeover where he turned on his partner Johnny Gargano.

He was on crutches due to his injury and while cutting his promo, Ciampa vowed to be the most dangerous SOB in the company once he recovers from his injury.

It’s sad to hear that Tomasso Ciampa will be out of action for so long as he was probably in the best phase of his career and he was apparently set to become a singles superstar after Takeover: Chicago.

Hopefully, he’ll reclaim his position in NXT Roster once he returns from the injury and become one of the top singles NXT Superstars upon his return.