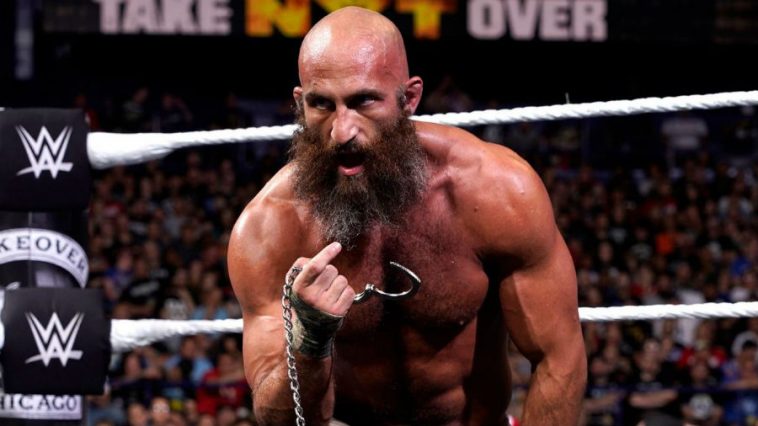 Tommaso Ciampa’s main roster call-up is an interesting move since he is still the NXT Champion. However, he is currently injured. He was already pulled from an event and replaced by Adam Cole recently. Now he won’t be making another appearance.

Brian Fury, owner of Chaotic Wrestling sent out a Facebook message to inform fans that Tommaso Ciampa was pulled from their March 15th event called “Cold Fury.” Another NXT superstar will be replacing him for the event, though it is unknown who it will be.

Chaotic Wrestling received a phone call on Friday night where they were informed that Tommaso Ciampa will be unable to make it for the event. No reason was specified as to why he was pulled.

Ciampa has been dealing with this neck injury for a few weeks now and was called up to the main roster regardless.

We hope Ciampa recovers soon enough. We will keep you updated on Tommaso Ciampa’s status if we get to know more.