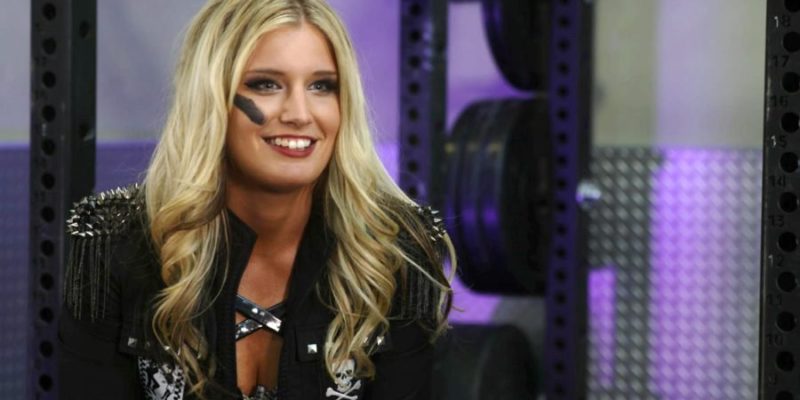 NXT UK’s Toni Storm will be appearing in this year’s Mae Young Classic.

Storm took part in the inaugural MYC, making it all the way to the semi-finals before being bested by the eventual winner, Kairi Sane. While away from the WWE, Storm lit up the indie scene, even picking up some gold along the way.

She also appeared on this year’s UK Championship Tournament, defeating Killer Kelly and Isla Dawn for a chance to win the NXT Women’s Championship. She failed to win it, keeping the title around Shayna Baszler’s waist. However, she was not pinned, instead, losing by count out.

The Mirror revealed earlier today that Storm would be taking part in this year’s Mae Young Classic. Storm commented on the opportunity, saying that she still can’t believe she’s made it to the WWE.

It’s just strange because I feel like my brain still hasn’t let it sink in yet that I’m associated with WWE. I have strived for it for so long and dreamt of getting into WWE from being a kid, and I have never let it go. It’s completely surreal, a lot of the time I kind of don’t even think I’ve gotten there.

With the inclusion of Toni Storm, that marks 19 competitors for the MYC. With only 13 more to go, who else will the WWE add to the second annual Mae Young Classic?