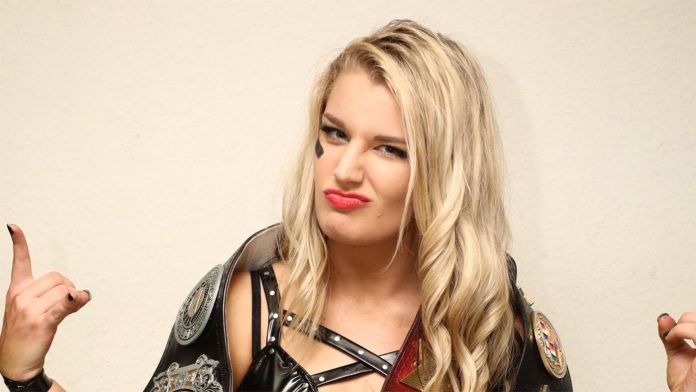 Toni Storm has managed to make quite the name for herself in WWE in the past year. The Australian Superstar is a former WWE NXT UK Women’s Champion and has also won the second edition of the Mae Young Classic.

Storm recently took to her Twitter handle to reveal that she’s dating NJPW’s Juice Robinson. Robinson competed in WWE’s NXT as CJ Parker but left the make a name for himself in the East.

There, Robinson is a two-time IWGP United States Champion and has become one of the top Gaijins in the company.

Toni’s friends and fellow wrestlers Bea Priestly, Will Ospreay, Session Moth Martina and more reacted to her low-key announcement in the replies:

Am I going to have to fight juice for your affection now? I don't want to but I will.

This is all the proof I need pic.twitter.com/0TAaQihMtQ