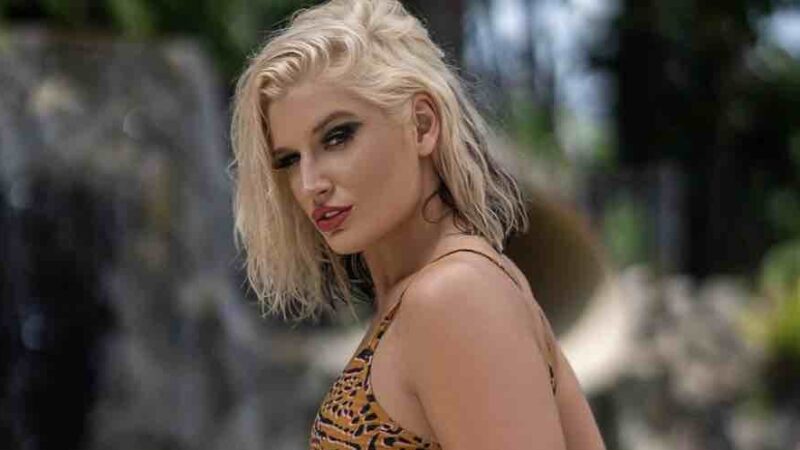 Toni Storm recently captured the Interim AEW Women’s World Championship at All Out pay-per-view. She had a treat for her fans. Storm took to her Instagram and uploaded a jaw-dropping photo of herself in a patterned bikini having the caption:
@fitnessgurls @onedopephotographer

During the September 14 edition of AEW Dynamite, Athena and Toni Storm had teamed up to take on Dr. Britt Baker D.M.D and Serena Deeb. During the match, the Interim AEW women’s champion and the Professor exchanged rapid takedowns and counters until the fight developed into a chopping contest in the corner.

Both teams had a back and forth chances but the heels took over. In the final moments of the match, Rebel distracted the referee while Britt held up a steel chair. Deeb rammed Storm into the steel chair and then Deeb pinned Storm. After the match, Athena clocked Deeb. Baker drove Athena’s head into the mat with a stomp. Jamie Hayter ran to the ring and hit Athena with a steel chair. We will have to wait and see what is next for Storm.

It is also worth noting that Thunder Rosa is the current AEW Women’s World Champion and she is currently sidelined with an injury. There have been reports of Rosa asking for her release from AEW. It seems like the rumors are indeed false. Rumors about Thunder Rosa requesting a release began spreading like wildfire on social media. The AEW Women’s Champion has been the talk of the town in recent weeks due to her real-life tensions with many performers, most notably her long-time rival Britt Baker, and Jamie Hayter.