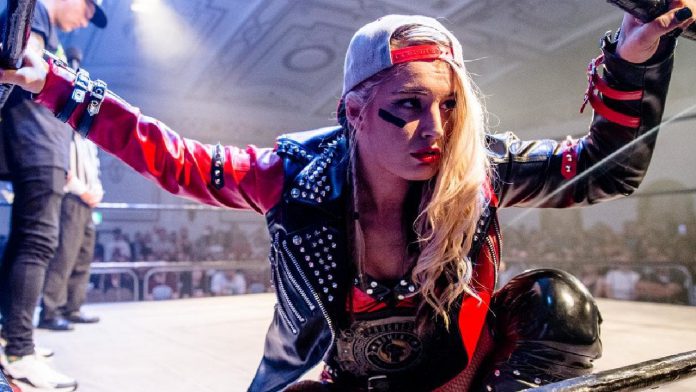 NXT UK Superstar Toni Storm was recently interviewed by the Express, where she discussed Roman Reigns and his battle once again with leukemia, her upcoming NXT UK Women’s title match, and the first NXT UK TakeOver event.

Below are the highlights from Toni Storm’s interview with the Express.

“Obviously it’s terrible news. Not just for NXT UK but everyone in the WWE Universe, whether it’s fans or roster members. It’s quite a shock to everyone but we’re all going to stay positive for Roman. We’ll see him back soon, I’m sure we will.”

“This is potentially the biggest match of my career so far. Obviously I have already fought Rhea for the NXT UK Women’s Championship and I came up short. I actually got injured in that match, my legs lost feeling and I went through a horrible injury. But I won the Mae Young Classic and I get another shot at a TakeOver. There’s a lot of pressure on me right now going into this but I got a good feeling and I think it’s going to be a really successful night.”

What she thinks about WWE’s NXT UK brand putting on their first TakeOver event: