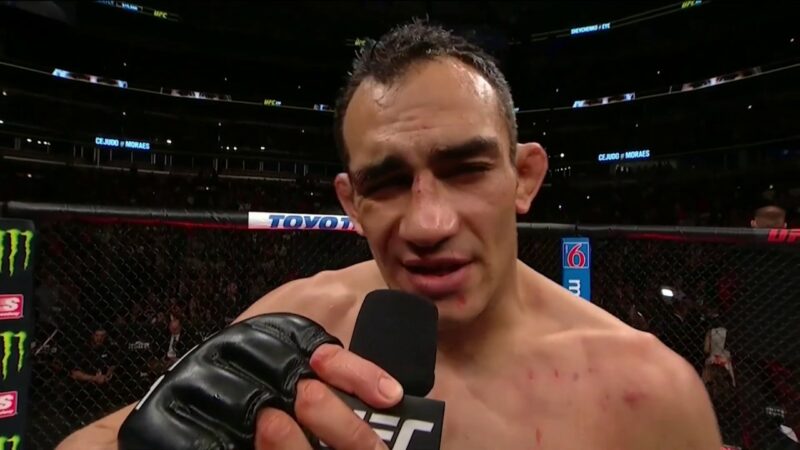 After a six-year dominant run and an interim title to boot, Tony Ferguson now finds himself in a rough patch. “El Cucuy” is currently on a five-fight losing streak, with his most recent loss taking place over the weekend at UFC 279 against fellow original Nate Diaz.

Ferguson isn’t worried about the losses either as he spoke during the post UFC 279 conference.

“When it comes down to an L, it has to go in, like, what’s been put on the table,” he told the media during the post-fight scrum. “Putting sports back on in the world (UFC 249), setting an example for these youngsters to not quit. To go in there and not f—ng give a shit, take the next fight.

Ferguson’s four losses ahead of the Diaz bout were against formidable opponents like Justin Gaethje, former champion Charles Oliveira, Beneil Dariush, and Michael Chandler. But according to him, he was “sandbagging” in all four bouts.

“The last four fights that I had before this one, I’mma be real, I was sandbagging. I really wasn’t doing anything. My wife called me out.

“I found a good team, I found the most f—ng motley crew of people that we could’ve put together. We made f—ng noise. It was fun as shit, from Wild Card Boxing to over in Albuquerque at Jackson-Wink, to Black House…

“This has been a trip, man. I’m still f—ng glad to be here. I hope you guys are amused by that shit.”