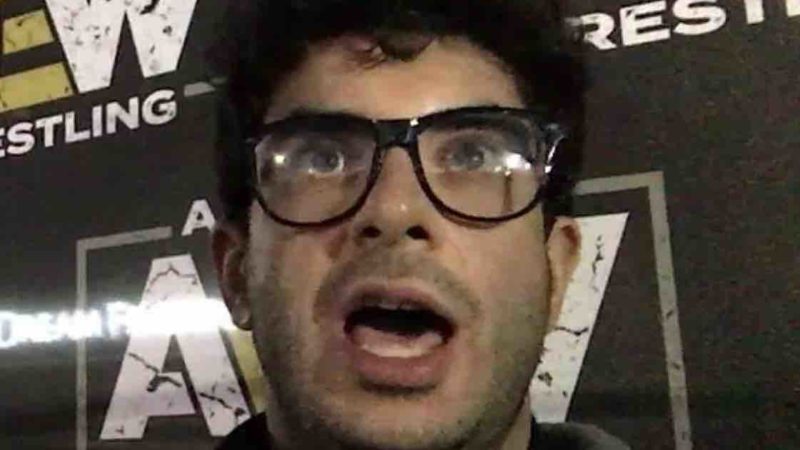 Tony Khan called WWE President Nick Khan a ‘con man’ in a promo released at the beginning of Smackdown after rumors that WWE are negotiation with New Japan Pro Wrestling. He said there’s only room for one Khan in wrestling, suggestion Nick quit WWE. You can watch below. Roman Reigns Offered Match In Top NJPW.

Cody Rhodes reacted to rumors of heat with other AEW EVP’s during a media call.

“Well, when I heard that story was floating around, it is one of the things I chopped up as we’ve been very successful, AEW, and with NXT losing the Wednesday Night Wars, that created a lot of anger,” Rhodes pointed out. And I understand there’s a lot of hardcore NXT and WWE fans out there, and that’s why those stories stories like that don’t surprise me. I think people need to cling to something, and as sexy as that story is, I talk to Matt and Nick everyday.

Ahead of tonight’s Live #AEWDynamite at 10pm ET/9pm CT, and #AEWDoN on ppv Sunday, AEW Owner/President @TonyKhan, aka the Forbidden Door, addressed rumors of a relationship between @WWE & @njpwglobal, + what this means to @AEW! Watch Dynamite tonight LIVE coming up on @TNTdrama! pic.twitter.com/atFTSrvyqZ