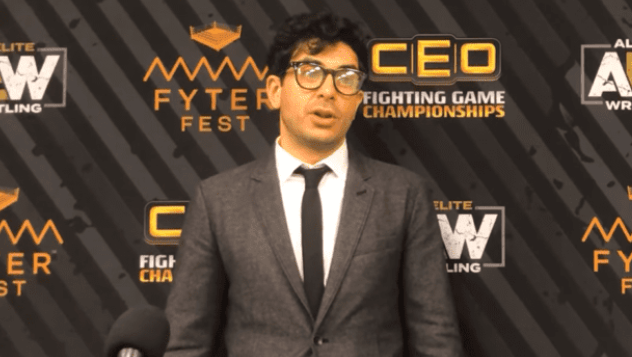 Since the creation of All Elite Wrestling, fans have been curious if the promotion will feature intergender wrestling in any capacity. So far, no indications were made regarding this and when the question was finally asked President Tony Khan gave a very honest answer.

During the post-show conference of Fyter Fest, Tony Khan was asked if he’d have Intergender Wrestling on AEW. To this, Tony said that he isn’t a fan of intergender wrestling and the inclusion of Jordynne Grace in the ALL IN battle royale last year was one of the things he disliked about the show.

Tony’s reason for not including Intergender wrestling on AEW was because he considers it domestic abuse and that he’s not really a fan of that.

(h/t to comicbook.com for quotes)

You probably won’t see it [intergender wrestling] in AEW. I’ll just be super frank about this, if there was one thing… a bunch of you guys were at All In. [In] the battle royale does anybody remember when Jordynne Grace got hit in the face? That was probably the one thing I didn’t like about All In.

I didn’t like when Jordynne Grace got hit in the face. And I don’t think that’s cool. I’m really against, you know, domestic abuse. And I’m not saying that it is. It’s a really complex question, I knew it would come up sooner or later. It’s probably not what we’re going to do. And we’re going to focus on a men’s division, singles and tag, and a women’s division, singles and tag, and have those divisions. Could there a mixed division somewhere later? I don’t, I haven’t thought that much about it. Mixed matches are probably not what we’re going to focus on.