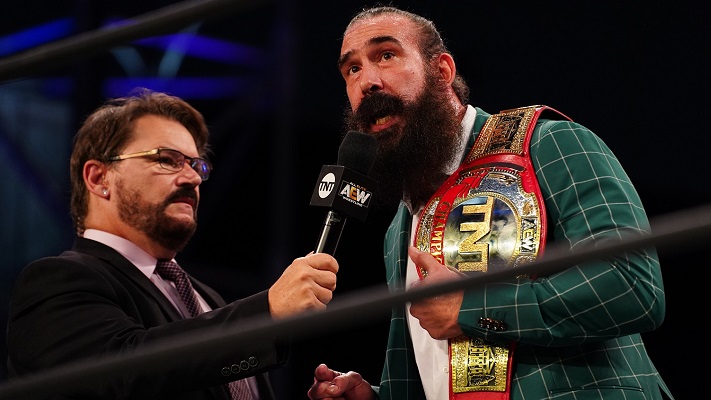 AEW commentator Tony Schiavone talked about the unfortunate death of Brodie Lee on the latest episode of his What Happened When podcast.

The AEW star first talked about the time Brodie originally got sick and he mentioned that the former WWE star was admitted to hospital only a day after they shot the AEW Unrestricted podcast with him:

“Unfortunately, the AEW Uncensored podcast that we do, the one we did with Brodie, we did it the day before he got sick. Then we heard he had been airlifted to the Mayo Clinic and Amanda, his wife, came and met with the entire group and told us how bad a shape he was in and please don’t say anything to anybody.”

Schiavone also opened up about the segment from last week’s Dynamite tapings where they brought the former Luke Harper’s son and he revealed that the company actually signed him to a contract:

“They had brought little Brodie to TV and wrestling is his life. He is 8 years old. He really is a great kid. They made him a member of The Dark Order. They put a mask on him. He came out with a kendo stick. He beat up a lot of people. This of course was at a TV taping with nobody in the audience. They signed him to a contract. They legitimately signed him to a contract and when he gets of age, he will be with AEW. “

For those who don’t know, AEW had brought in Brodie Lee’s son at last week’s Dynamite tapings and they did a segment with him beating Kenny Omega for the AEW world title.