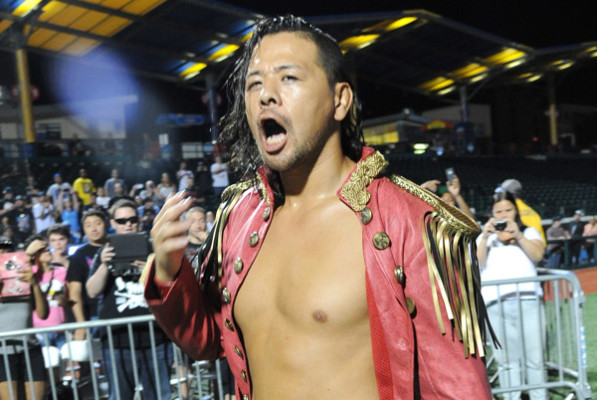 This week’s edition of SmackDown Live saw the return of The New World Order faction ahead of their Hall of Fame induction this year. Represented by the trio of Kevin Nash, Scott Hall, and X-Pac, the nWo was interrupted by the group of Shinsuke Nakamura, Cesaro, and Sami Zayn in the opening segment of the night.

However, as it turned out, things quickly went south for Nakamura and co., as the former WWE Intercontinental Champion was laid out by reigning champ Braun Strowman, who shared a ‘Too Sweet’ moment with the nWo. As for Nakamura, the former NXT Champion took to Twitter and reflected on the segment, as he sent out the following tweet:

Interestingly enough, the tweet caught the attention of a man who is also quite familiar with the “Too Sweet” term and that man being Bullet Club leader Jay White. Responding to Nakamura’s tweet, ‘Switchblade’ had an interesting message for the former New Japan Pro Wrestling sensation.

As we all know, Nakamura and White’s relationship goes way back to their days together in NJPW when the latter started out as a Young Lion for the promotion.