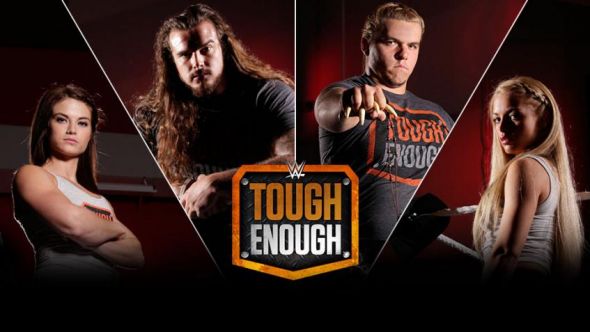 Sara Lee & Amanda each faced Alicia Fox while ZZ & Josh each faced Cesaro in their live matches tonight. Before each match each competitor also cut a promo.

Amanda, as Mandy Rose, came out first and said she was taking everyone out to a party tonight but Miz wasn’t invited. She had three big botches but still had a good match. The ending was a scissors kick by Fox who then pinned Amanda for the win.

Sara Lee named herself Hope. Her promo was about proving the doubters wrong. She does a Russian leg sweep, which is supposed to lead into her armbar finisher, but does poorly on switching over to her finisher. Fox botches a scissors kick to win.

ZZ comes out as King of The Bayou and does a decent promo that gets interrupted by Cesaro. ZZ sells everything well. He gets his finisher reversed and taps out to a Cesaro crossface.

Josh as The Yeti is able to make the audience stand up during his promo. The two start off locked up in a battle of strength until Josh gets European uppercuted and double footstamped, which he sells really well. Josh initially botches his spot but hits his splash into a running powerslam. Cesaro does the Neutralizer and wins.