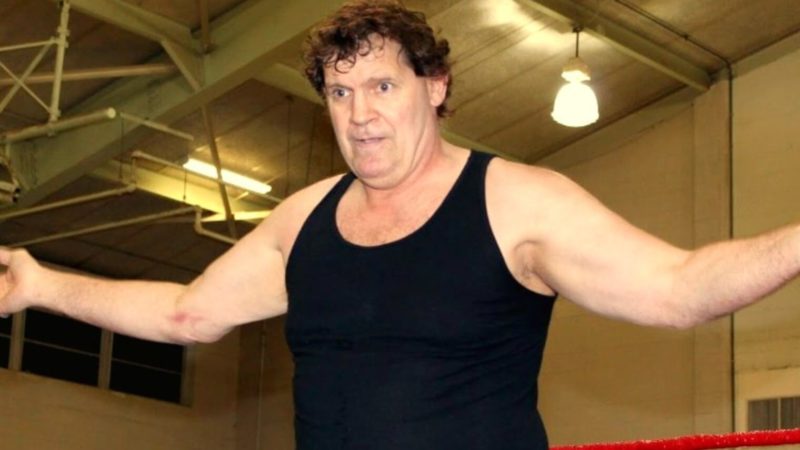 The world of pro-wrestling is utterly disappointed and heartbroken after the saddening demise of wrestling legend, Tracy Smothers, aged 58.

Tracy Smothers, who recently retired from pro-wrestling was suffering from lymphoma. It was in 2019 when he got to know about the disease. He also suffered from heart ailments in recent weeks and had a pending hernia surgery.

He was admitted to hospital. But the Chillicothe Ohio native breathed his last at the age of 58.

During Smothers’ career, he had his stints at renowned promotions including WWF(now WWE) and ECW.

Several wrestling stars and icons of the wrestling industry have condoled the death of Smothers. Likes of James Storm, Jim Ross, Nick Aldis,Colt Cabana and others have Tweeted following the news.

Tracy was always a sweetheart to me and was one of those guys that when he was on a show or at a convention, all the boys smiled when they saw him. A real character. My deepest condolences to his family & friends. pic.twitter.com/4jRqvDSK4G

A sad sad sad days. I have more Tracy stories than I can remember.
Today, I'll be thinking about his memory, family, legacy, spirit & everything in-between. https://t.co/v6aigNCNKZ

BTW, many of the boys will get this funny line regarding the great Tracy Smothers…. "You changed man…" #RIPTracy https://t.co/EyIoVjCc6c

WWE Hall of Famer, Edge also took to Twitter and shared a heartfelt story about the way Smothers’ played an important role in his early days of his career.

Check out Tweets below:

Tracy Smothers took two young kids from Canada trying to “tour” the southern United States, with $1.50 a day to spend on food, saw a dilemma we put ourselves in to try and get experience, and took us under his wing. He knew we wanted it. Because of that, and his huge heart, 1/3

he drove us to make the next town so we could eat our next meal. He found floors, couches or other talent who had spare space in their hotel rooms for us to sleep. On those drives he dispensed his knowledge. Always with a laugh and a twinkle in his eye. And we soaked it up. 2/3

He was a great man. He truly knew what paying it forward meant. I will miss him. 3/3

Our thoughts and prayers are with the friends and family of Tracy Smothers.