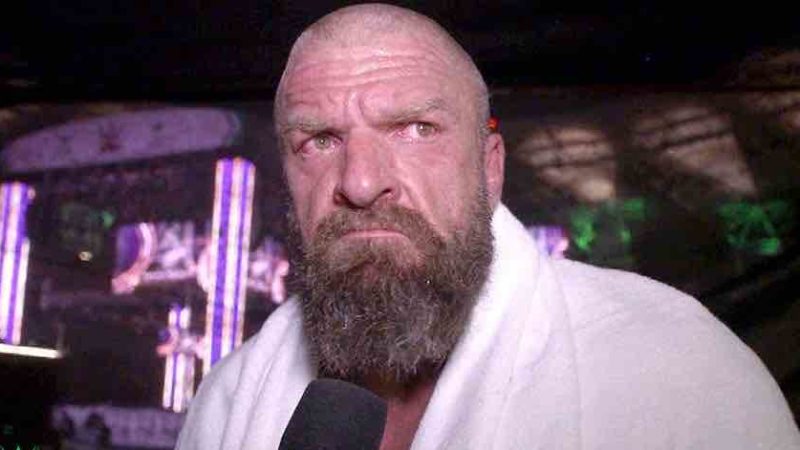 One half of the Impact Wrestling Tag-Team Champions Karl Anderson has been trending on Twitter for some bold remarks on WWE. He further took some massive shots at Triple H, who oversees the operations of WWE NXT.

NXT is undergoing some huge changes, with reports suggesting that Vince McMahon and Bruce Prichard will be taking over and producing the shows. WWE has also unveiled a new logo for NXT and the brand will reportedly look very different in the coming months. Anderson took to his Twitter, and referenced the recent rebranding of NXT, bringing up the Wednesday Night Wars between them and AEW Dynamite. He went on to claim that WWE gave up on it quickly. CM Punk vs. Roman Reigns Huge Rumor Leaks

“What happened to The Wednesday wars. F**k they gave up quick,” wrote Karl Anderson in his tweet.

Anderson’s recent Twitter activities have drawn some attention of the fans, many of whom are calling him out for being disrespectful. One fan claimed that NXT was a development brand going up against AEW’s flagship product. Anderson responded to this and fired at NXT, WWE, holding ‘The Game’ responsible for that.

“NXT was putting out s**t product constantly, this is on them and Hunter,” tweeted Karl Anderson.

Check out the screengrab of the Tweets below: 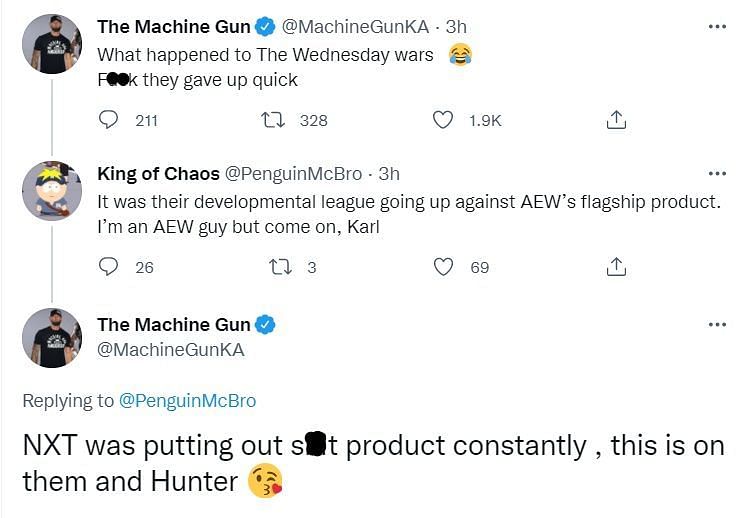