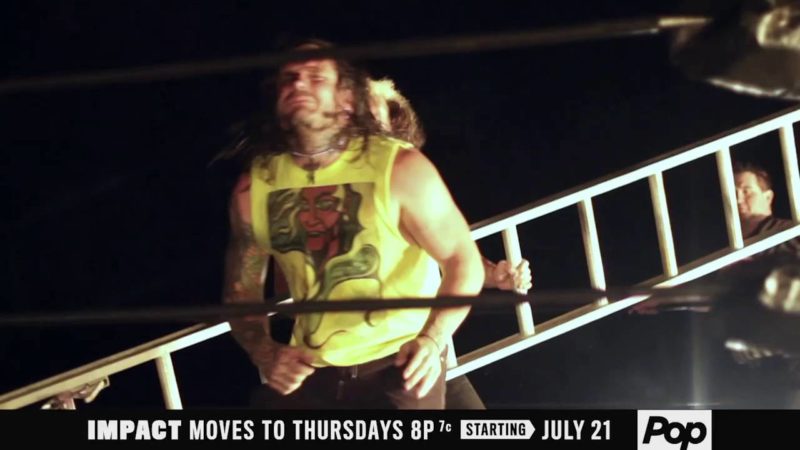 WWE decided to try their hand at cinematic matches this year. At WrestleMania 36, we saw two in the Boneyard Match and Firefly Funhouse Match.

While we’re dealing with the “empty arena era” as some have called it, we’ll more than likely see more of these matches throughout the year. Add in the Money in the Bank match, and these experiments have worked out well for WWE.

It’s hard to talk about them, though, without giving credit where credit is due. Back in 2016, Jeff and Matt Hardy took place in the “Final Deletion” match. It was strange, overly produced, and full of all kinds of easter eggs for hardcore wrestling fans.

Overnight, it exploded, leading to a long series of cinematic matches for the Hardys. Along with Jeremy Borash, they were able to bring about a pretty incredible change in the pro wrestling world.

During a media call promoting NXT TakeOver: In Your House, Triple H was asked about cinematic matches. Specifically, he was asked if the Backlot Brawl between Velveteen Dream and Adam Cole would be one.

While he denied that, The Game did take time to give credit to Jeremy Borash and Matt Hardy for evolving the concept, though they didn’t create it. Triple H brought up examples like the Halftime Heat match and Stone Cold Steve Austin’s brawl with Booker T in the grocery store as examples of them in the past.

Still, Borash and Hardy were able to take it to the next level.

“Did they do a great job of taking them to the next level? Absolutely. Jeremy is an incredible talent with an eye for storytelling. I can’t tell you how much I love working with him, but there was a whole team of people that worked on that as well.

That’s not to negate the Matt Hardy-Jeremy Borash thing that you mentioned as that took it to another level. But to say it all started there is not accurate.” (H/T Metro.co.uk)

Though the Backlot Brawl won’t be one, we can be certain that we’ll see more cinematic matches in WWE in the near future.