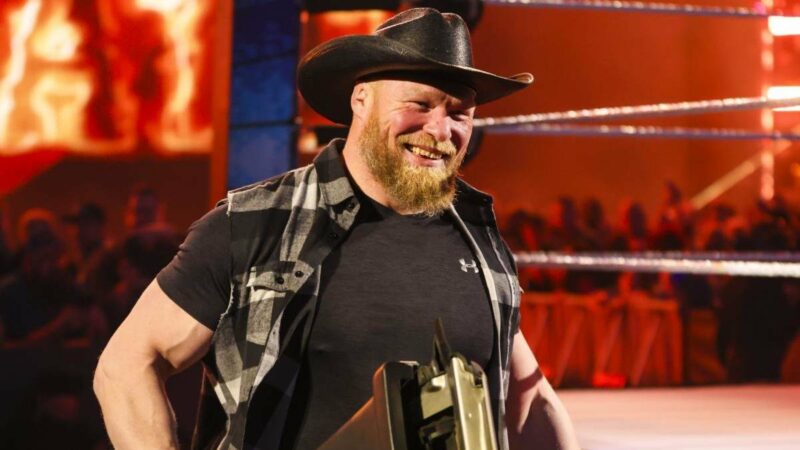 Triple H confirmed rumors in a BT Sport interview that Brock Lesnar did walk out of SmackDown after Vince McMahon was forced to retire. Triple H said Brock’s relationship with Vince was bad when he returned in 2012 due to past issues, and he dealt with Brock more directly, but over the years they became close again and Brock always went to Brock with his ideas and contract discussions. Triple H said he, Stephanie McMahon, and Nick Khan talked to Brock, and he ended up liking what he heard and returned.

One of Triple H and Brock Lesnar’s biggest rivals was Undertaker. WWE Hall of Famer The Undertaker has been one of the biggest stars of the pro wrestling industry. He had been certainly the locker room leader in WWE back in the day. While, there have been several infamous legitimate backstage fights, it turns out Taker once stopped one.

The Undertaker stopped a backstage brawl

Former WWE star Rory McAllister recently recalled how ‘The Phenom’ once stopped a fight between Robbie McAllister and Fit Finlay. On March 27, 2008, Rory’s tag team partner attended a live TNA Impact! episode days before WrestleMania 24. Furious that someone from WWE attended a rival company’s show, Finlay confronted Robbie when he returned to the WrestleMania hotel.

Rory discussed the real-life altercation in an interview on the “Cheap Heat Productions Podcast.” The former Highlanders member specifically remembered the moment when The Undertaker told Finlay to back off:

“Fit lost his s**t,” said Rory. “Fit was irate. Obviously, I understand where he’s coming from. He made a lunge and ‘Taker actually stopped him and went, ‘Dave [Fit’s real name], calm the f**k down,’ because Robbie had the balls to do what he did, whether he did it on purpose or not, and I’m almost certain he did, he had the balls to do that and he walked right back into the bar to face the music.”

Rory McAllister believes Robbie earned The Deadman’s respect after owning up to his mistake:

“Robbie stood his ground. I’ve punched Robbie in the face before. He can take a shot, and he stood there and took his shot like a man, and I think ‘Taker really respected that from him. He’s like, ‘Fit, calm down, the boy f**ked up, he’ll pay his penalties, now leave him the f**k alone.’”

Check out the podcast below: