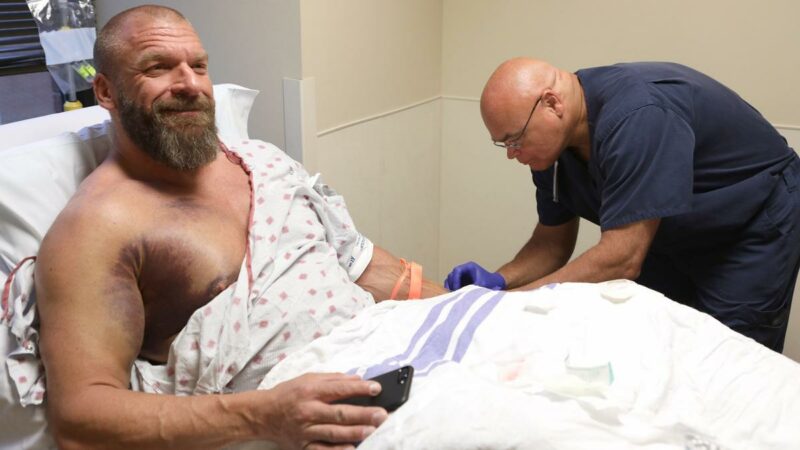 Triple H is currently the COO of WWE and he is also a veteran in the world of professional wrestling, having competed in several great matches and countless memorable moments during his time as an active in-ring competitor in the company. On the other hand, Vince McMahon is WWE’s Chairman and oversees everything that goes on in the company, right to the very last detail. Roman Reign’s bold message to Vince McMahon was also leaked previously.


WWE Chairman Vince McMahon has the final say in anything and everything that goes on in the company, for better or worse. Vince McMahon also sabotaged Jon Moxley’s matches.

Vince McMahon has been WWE Chairman since 1982 when he, along with his wife Linda had purchased WWE from his father Vince Sr and his partners, Gorilla Monsoon, Arnold Skaaland & Phil Zacko. McMahon saw various changes in his company over the last few decades as well. All through that, he continued to adapt to the changing times. However, many fans now feel that he is out of touch and simply has no idea what is good for a WWE Superstar. The WWE Chairman is larger than life in many ways and he also has his own peculiarities.

According to Dave Meltzer in this week’s Wrestling Observer Newsletter, The Cerebral Assassin is still not as healthy as expected and due to this, WWE does not have any plans for him.

“There are no plans right now, or even if Paul Levesque will return to running NXT, or for him to do any creative in the company due to health issues. Obviously if his health improves and if he wants to, that could change but the word is that it’s not anything people have been told is happening imminently.