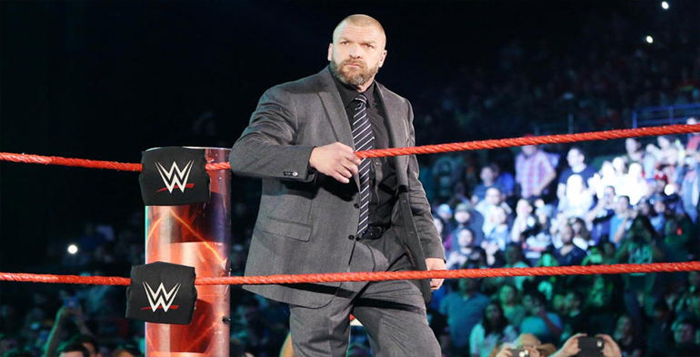 Intergender matches can be found in the indie scene quite easily. Women like NXT’s Candice LeRae, arguably, made their mark in the industry by facing off against the opposite sex. Even companies like Lucha Underground feature matches involving men and women competing against each other at the highest level.

Even the WWE has dipped their toes in the idea.  With the Mixed Match Challenge being considered a success earlier this year, there’s definitely an audience that wouldn’t mind seeing it. There was also the Triple H/Stephanie McMahon vs Kurt Angle/Ronda Rousey match where Rousey got a pretty good bit of offense in against the Game.

With the WWE taking it’s women’s division a bit more seriously than it has in the past, some have wondered if they would ever dive into intergender wrestling. Triple H spoke with Sky Sports on the idea of bringing more intergender matches to the ring.

In my mind, the thing I always go back to… I wish in some way this wasn’t even a conversation. If you want equality then the conversation doesn’t happen about equality. TO me, do the women need to have their own PPV? No. Can they? Yes. That’s what’s so big about this event. Will we do it again? Probably. I don’t know, but the proof point is that we can. Can the women wrestle a guy? Sure.

Can you do intergender matches? Ronda Rousey and our match at WrestleMania, sure it can be done. Women don’t need a man in their match to steal the show. They just need an equal platform and opportunity and if the women have it, they will work just as hard, if not harder than anybody else to steal the show. Right now, they still have stuff to prove and that’s what this event is. But once they’ve proved it all, hopefully the conversation goes away and it’s not seen any different than anything else.

Would you like to see the WWE try out more intergender wrestling in the future?