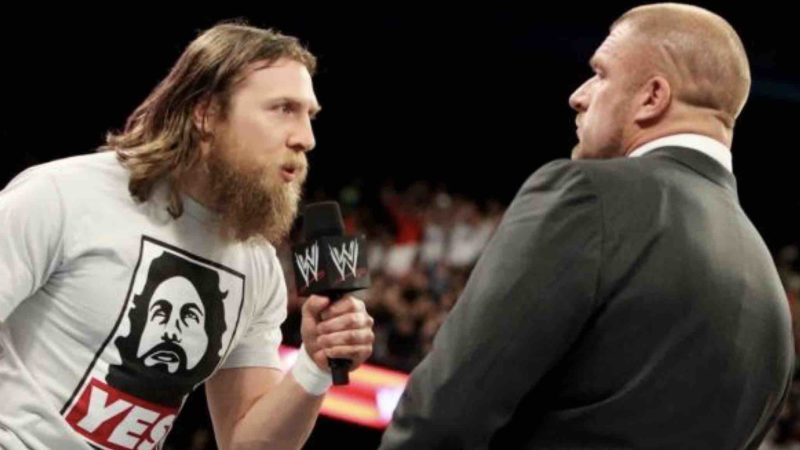 WWE star Daniel Bryan has been out of on-screen action since he lost to WWE Universal Champion Roman Reigns a couple of weeks ago that forced him to depart SmackDown.

During the opening segment of this week’s Throwback edition of SmackDown Paul Heyman had gone off the script and mentioned Bryan.

As per the reports of PWInsider.com turns out Triple H, Vince McMahon, and WWE reportedly have no new rule against its talent mentioning Daniel Bryan by name on WWE programming. Vince McMahon ‘Canceled’ Smackdown

It was earlier reported thay Bryan’s WWE contract had expired when he lost against The Tribal Chief. Now he is negotiating with the company about his contract renwal and WWE is reportedly “pushing hard” to get him signed to a new contract.

However, Bryan has not addressed publicly regarding his contract situation. He is yet to decide upon his future. His name has been moved him to Alumni section on WWE website as well.

On this past week’s After the Bell, Corey Graves and Vic Joseph gave their thoughts on what Bryan’s next move might be.

“At this point, Bryan is playing his cards close to the vest to my knowledge, he hasn’t made any public statements about what’s next, there are plenty of speculations swirling in the internet wrestling community,” Graves said. “That’s basically all we have to work with at this point.”

We will have to see what is in store for Bryan in the future.