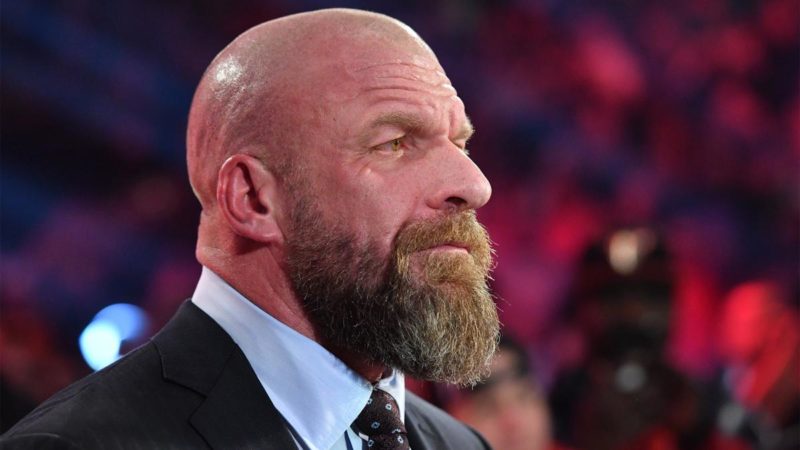 Triple H spoke at the Q and A session on WWE Network before TakeOver 31. The Game pointed out which NXT Superstar is going to be the top star in the next five years.

Rhea Ripley joined WWE in 2017 as a 20-year-old and went on to win the first-ever NXT UK Women’s Championship. She came over to USA and requested Triple H for a shot at the NXT Women’s title.

Talking at the interview, Triple H had nothing but words of praise and appreciation for Ripley. He said that if he had to bet on someone being at the top from 3-5 years from now, it would definitely be her.

That is HIGH and WELL-DESERVED praise from the Father of #WWENXT, @TripleH! #WeAreNXT #NXTTakeOver pic.twitter.com/PKdyFdCjuo

He praised Ripley for rising the ranks quickly and prove herself against someone like Shayna Baszler.

“I’ve never seen anyone come here and step into a place that big, that fast. When you walked through that door and you walked up to somebody as dominant as Shayna Baszler and said, ‘no, this is my house now’ and then backed all of it up and beat her.”

He also talked about her feud with Charlotte Flair and the WrestleMania 36 match they had this year. Ripley lost the match, but Triple H commended her nonetheless for proving her mettle in the ring.

“You went to WrestleMania in probably the worst circumstances that you could probably have ever expected in an empty arena in front of no one to face, arguably one of the greatest women’s competitors ever in Charlotte Flair. Some people would say that was a setback. I don’t see it as a setback. I see it as a point in time when you proved yourself more than any other time that you did, that you were as good as you said you are. Things didn’t go exactly the way you wanted them to in those moments, but to me, you proved that Rhea Ripley is every bit as good as she said she was.”

Fans can expect Ripley to challenge the NXT Women’s Champion Io Shirai in the near future. Shirai defended her title against Candice LeRae at TakeOver 31. But Ripley would probably have to go through returning star Ember Moon and Toni Storm for the belt.