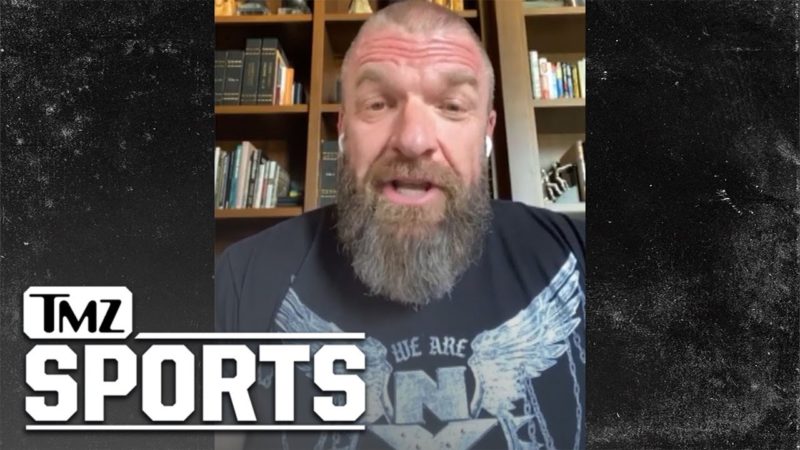 Ronda Rousey made some headlines recently when she called wrestling ‘fake’ in an interview. Her apparent views have sparked a lot of negative reactions from fans and during a recent interview, WWE vice president Triple H commented on the matter.

The Game spoke to TMZ Sports where he talked about a number of things and also discussed Rousey’s training and a possible WWE return for the former UFC star.

Triple H first addressed Ronda’s controversial remarks about wrestling being ‘fake fights for fun’ and he asked the question if the former champion is really attacking the business:

The Game then also commented on the possibilities of Rousey’s return after her previous successful stint. Triple H said that she will return when she is ready:

“She’s a thoroughbred. You gotta put a jockey and pull the reins or they’ll run themselves to death, right? And that’s what she is. Yeah, when she is ready, we still have a great relationship on everything, and when she is ready… absolutely.”

During the interview, Triple H also praised the work ethics of Rousey and told a story about how she continued training for her debut even while she was dealing with food poisoning. You can check out his interview in the video below: