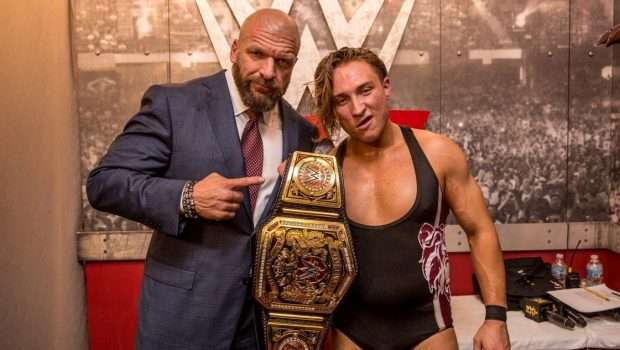 Triple H spoke with Mirror Sport recently to hype the upcoming United Kingdom Championship Tournament, which will take place on June 18 and 19. The tournament will be held in the Royal Albert Hall in Kensington, London, England.

While the UK Championship has been defended and swapped hands throughout 2017, no official UK show was created for the title. Triple H, however, believes that the original plan will happen, even if it took a bit longer to get to.

While we are there at this UK event at the Royal Albert Hall, we’ll be making some announcements about the future of the UK Championship brand there in the UK and moving forward. That brand still remains very near and dear to me, and it’s something I want to move on.

It’s taking a little bit longer than I anticipated in getting things done and getting them done in the way I want them to get done… but it’s happening. It will be meaningful to everybody there and I look forward to showcasing the UK talent to the world.

At the moment, a few matches have been announced for the June 18 and 19 events. On June 18, Pete Dunne and Mustache Mountain (Trent Seven and Tyler Bate) will take on The Undisputed Era in a six-man tag team match.