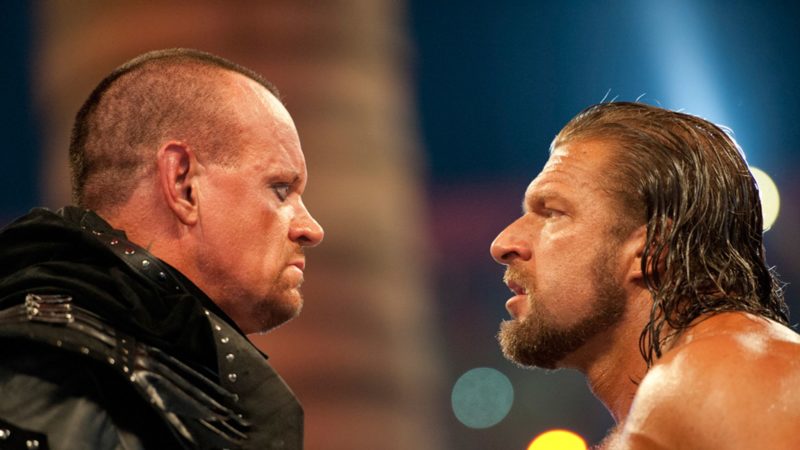 Triple H had a lot to say regarding the Undertaker’s controversial comments. During a conference call for NXT TakeOver: Stand & Deliver, one caller asked about the Undertaker’s recent remarks from The Joe Rogan Experience in which he called the current product ‘too soft’. Triple H stated during the call that everybody has opinions of the business and that the business always morphs and changes. Triple H would then say that the Undertaker has always had blunt opinions and his intentions are always meant to improve things. A reason idea leaked in regards to Shane McMahon and Triple H ‘taking over’ WWE.

Concluding, the Executive Vice President of Global Talent Strategy & Development for WWE stated that Undertaker has a lot to offer and when he speaks, you should listen, also adding that it comes down to what the masses like so that they can be tapped into. Triple H would wrap-up his answer to this particular question stating that he respects the opinion of the Undertaker and looks forward to working with him on every level.

During the same call, Connor Casey of ComicBook.com asked about NXT’s move from Wednesday to Tuesday nights. In response, Triple H stated that he looks fondly on their Wednesday USA run for NXT. He thinks they’ll have more visibility with Peacock as Sean Ross Sapp of Fightful pointed on Twitter.

Triple H tells Connor Casey that he looks fondly on their Wednesday USA run for NXT. He thinks they'll have more visibility with Peacock