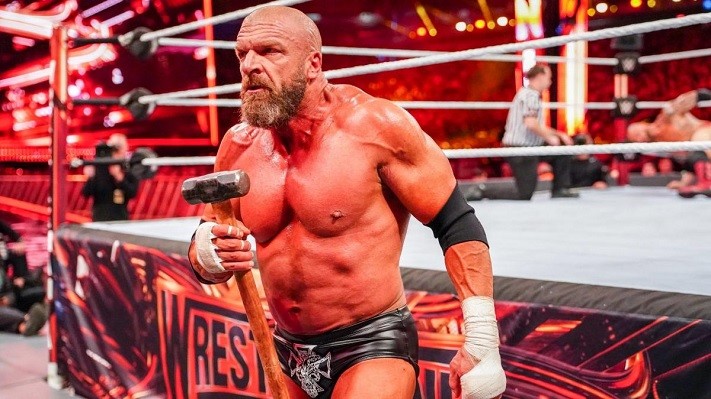 Triple H, the WWE Executive Vice President of Global Talent Strategy & Development recently joined Hindustan Times for an interview where he reflected on his current status as a wrestler.

Triple H talks about being a star in WWE

The WWE Hall of Famer revealed that he had to take a call when WWE Drew McIntyre was tested positive for COVID-19 as he filled in for the Scottish Psychopath.

He had recently made his in-ring return against ‘The Viper’ Randy Orton. He said that whenever an opportunity is knocking the door to show up in front of fans, it should not be blown up and thus he took it and competed.

He said that it cannot be said whether it was an one-off match as the saying goes in WWE,  ‘never say never’.

“You never say never in WWE. We had an opportunity and moment in time where Drew Mcintyre was found to be Covid positive and could not appear as he was in quarantine. I got the call. Every time you get the opportunity to show up in front of WWE fans, even though not in person, you hate to pass up on that opportunity. As far as a one-off is concerned, we’ll see but right now I am focused on Superstar Spectacle. We’ll see as far as me stepping back in the ring.”

ALSO READ:Chad Gable wants a championship match against this star