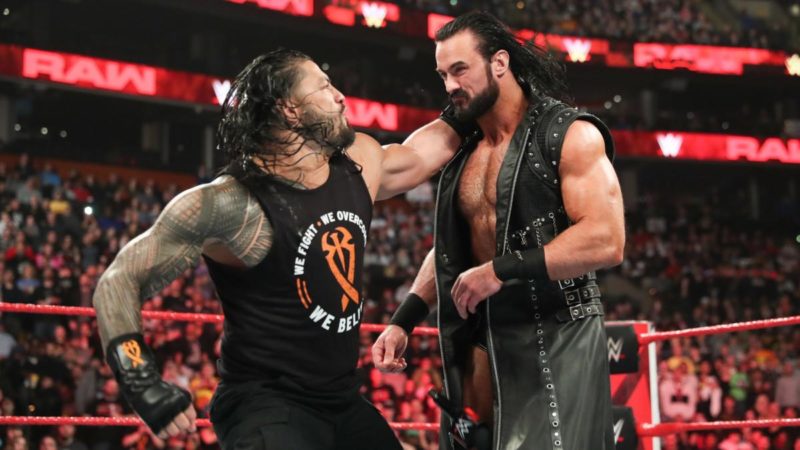 Roman Reigns and Drew McIntyre are the Universal Champion and WWE Champion respectively and two of the top stars of the company. Triple H wants to see two clash, but only when the time is right.

During the WWE Raw panel at New York Comic-Con, Triple H discussed Roman Reigns vs Drew McIntyre. If the company is able to build their feud properly, it would be comparable to the likes of The Rock vs Steve Austin.

“The draft is always an exciting time because it creates these — I think in some ways the fantasy moments like I’ll be honest I don’t want to see Drew McIntyre and Roman Reigns yet. I would love to see that percolate because I think that a couple of years down the road Roman Reigns versus Drew McIntyre is a Hulk Hogan/Ric Flair scenario, is a Rock/‘Stone Cold’ Steve Austin scenario, and you don’t want to hit that before it peaks. That’s what makes the draft so exciting to me is those moments in time where you were like, ‘well, what if?’ and then ‘what if’ becomes a reality.”

The two have already faced each other before McIntyre received his huge push in this year’s Royal Rumble. So it is likely the two will not clash for a while.