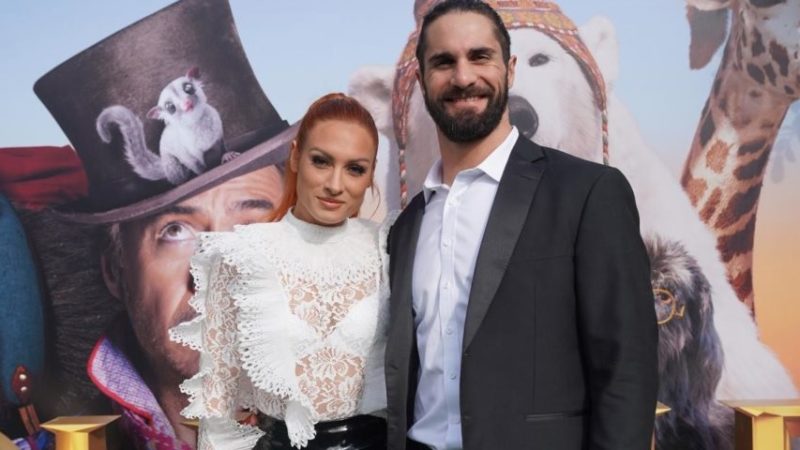 WWE star Seth Rollins was assaulted by a fan during the latest edition of Monday Night RAW. As it turns out, WWE RAW Women’s Champion and Rollins’ wife Becky Lynch was observed taking a peek at him following the shameful incident. Big E Reveals Illness He Has Overcome


Becky Lynch was spotted by the fans

An aggressive fan had jumped the barricade to attack Rollins while he was on the ramp and heading to the backstage during RAW. Rollins caught hold of the fan before security separated the duo. Rollins was beyond furious and yelled at the fan while he was being escorted out of the place.

One of the fans in attendance noticed that Lynch was taking a peek at Rollins after the whole chaos. Triple H was also spotted near Becky.

She a real one. pic.twitter.com/LcwS2hFmHz

Marc Raimondi of ESPN provided an update on the attack, via his official Twitter handle. Charges have been levied against the attacker, who’s a 24-year-old man named Elisah Spencer.

“Elisah Spencer, 24, has been charged with attempted assault and attempted violation of arts and cultural affairs (disrupting live sporting event) for his attack on WWE wrestler Seth Rollins during the Raw television show Monday night at Barclays Center in Brooklyn, per the NYPD. Per police, Rollins suffered swelling to his lip, but refused medical attention. More coming to ESPN,” tweeted Raimondi.

Per police, Rollins suffered swelling to his lip, but refused medical attention. More coming to @espn.