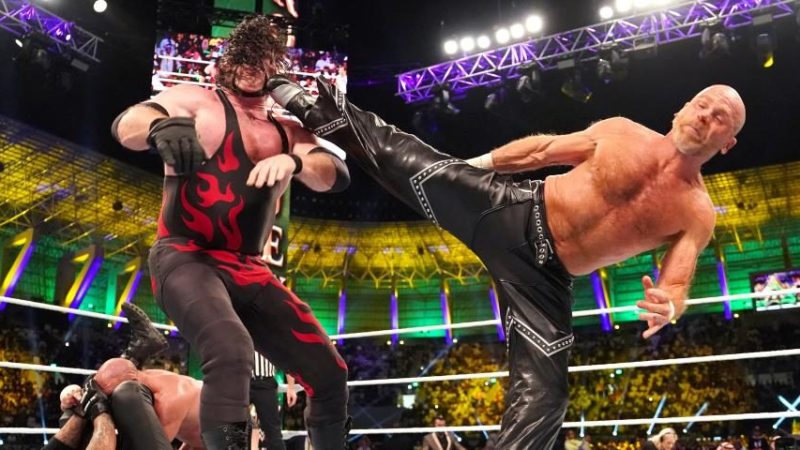 At WWE Crown Jewel, Shawn Michaels and Triple H teamed up against The Brothers of Destruction. In the match, Triple H tore his pec doing a spot over the turnbuckle that he had performed many times in the past. This left Shawn Michaels to carry on the match alone.

Shawn Michaels returned to the ring to reform D-Generation X for one night only in Saudi Arabia. He will also be a two-time Hall of Famer after DX is inducted this year. However, that doesn’t mean he will be wrestling again.

Wrestle Votes recently said that Triple H’s injury made HBK reconsider going back to the ring. When asked if Shawn Michaels will be competing at Wrestlemania, he said:

Very slim now. That HHH injury in Saudi changed a lot in his eyes.

The match at Saudi Arabia being Shawn’s last match might be a good thing considering none of the competitors was able to give a good performance.

Very slim now. That HHH injury in Saudi changed a lot in his eyes.