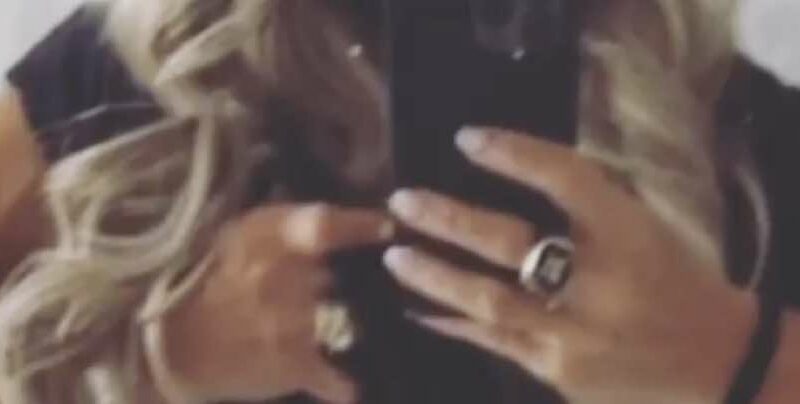 Trish Stratus has posted a new video of her shredded abs, captioning: “Peek-AB-BOO.”

Trish Stratus was the female face of the late Attitude Era, while The Rock was the face of male stars during the Attitude Era. There is no doubt that The Rock is still regarded as of the most popular pro wrestlers in the history of the business. He has competed against the best of the best as far as the world of professional wrestling. This includes someone like Chris Jericho, who has had several matches against The Great One. Roman Reigns vs The Rock major spoilers were also leaked previously.

WWE legend Steve Lombardi (aka The Brooklyn Brawler) recently spoke about The Rock and Triple H’s heated backstage exchange back in the ’90s.The Brooklyn Brawler spoke with Bill Apter, this week. He shared a detailed description of Triple H and The Rock’s interaction before The Rock’s first match.

“Hunter walks over, he’s a little skinny guy. He looks like a pirate and he’s like, ‘Did I hear right? This is your very first match?’ And then Rock goes, ‘Yeah.’ ‘You know I’m gonna be the Intercontinental Champion,’ Triple H said to him. Rock cockily, but I don’t think he wanted to be cocky, he said, ‘Oh the same title that Don Morocco had me wear. You’re going to really like it when you wear it.’ Triple H says, ‘Maybe you could take a picture with me with it and buy some ring gear.’ “