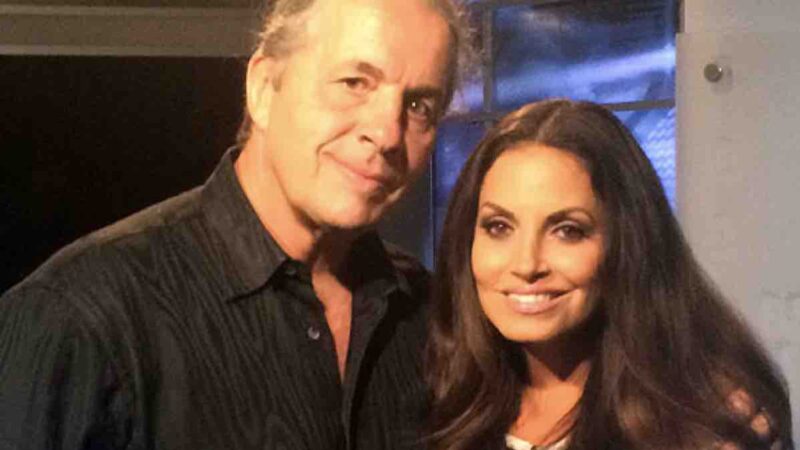 Trish Stratus posted a cowgirl photo in front of Bret Hart’s family’s famous Hart Dungeon on Instagram, as seen below.

The Rock is one of the biggest names in WWE. It turns out her daughter, Simone Johnson is trying to follow a similar path to that of his father and could be making her debut soon.

Simone Johnson might be making her debut in NXT 2.0

As Simone Johnson prepares for her debut in WWE’s developmental NXT brand, she has already received her ring name. Simone will wrestle under the name of Ava Raine. At a live event in Citrus Springs, Florida, her debut was teased for the crowd.

Ava Raine was spotted during one of the women’s matches on the show. She walked out to the ring from the back. It appeared she was scouting some talent before she abruptly returned to the locker room.

Shortly after being officially dubbed Ava Raine, The Rock’s daughter spruced up her appearance with a new look. Raine colored part of her hair red to give her look a little more character. After recovering from knee surgery, it looks like she will be ready to go sometime soon.

Raine has yet to make her WWE in-ring debut after signing with the company in February 2020.

NXT stopped using the Takeover theme when the brand was re-booted to NXT 2.0 last fall. The final Takeover event was NXT Takeover 36 on August 22, 2021. Since then NXT has held WarGames in December 2021, Stand & Deliver this past April, and In Your House in June. There is no word yet on the title of the August NXT special, or what matches are planned, but we will keep you updated.