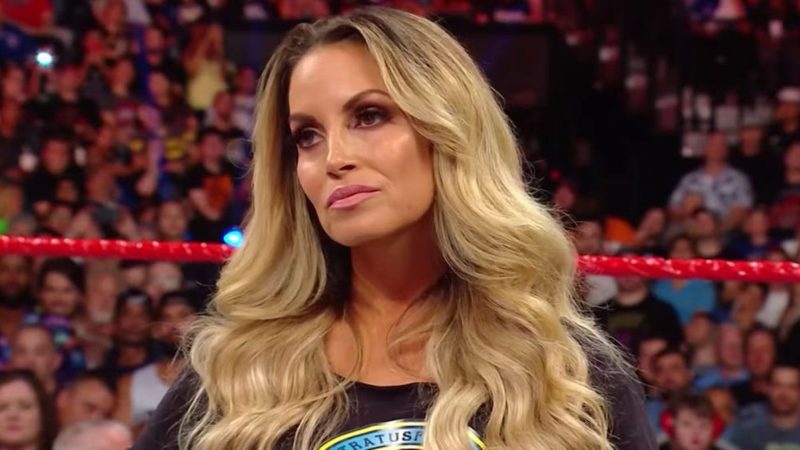 During the build to WrestleMania X-7, Trish Stratus was romantically involved with Vince McMahon as part of a storyline. The storyline included Vince McMahon insult and humilate her on live television by having her strip down to her underwear and telling her to bark like a dog.

While speaking at the For The Love Of Wrestling convention in Liverpool, Trish Stratus revealed what she thought of the storyline. She found it amazing.

“Vince pitched the angle to me like this — ‘so we’re going to have this angle where you are barking like a dog and get really humiliated, and basically hit rock bottom.’ And I was like, ‘amazing!’ Because I knew a couple of weeks later, I would be getting my comeuppance on him and I would be slapping him on the grandest stage of them all, which is Wrestlemania, and turning on him. I was going on to stand up for myself, not needing a man to lean on and fighting for what I needed to fight for.

I get questioned about that a lot, and most people go, ‘oh, remember you had to bark like a dog and you had to do that thing that was so degrading, right? For the character, it was, yeah, because that was what the character had to go through. We don’t talk to Halle Barry when she had to get abused by so and so, you know, it’s a character.

That, for me, was integral for the character to be at that rock bottom, to have the foresight to say, ‘I can break free from this. I won’t let this happen to me again and let’s move on.’ And you know what? 22 years, we’re still talking about it!”.