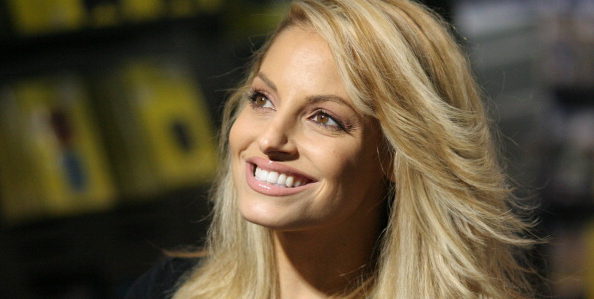 On current state of WWE Divas: “Right now you see the girls with the girls, which is fine, but you can only do so much with the same characters. Unfortunately, they don’t have super developed characters at the moment… The potential is there because there’s some great workers. That’s what we had at the moment things shifted for us. We had the right things.”

Ribs back in the day: “I wish I had a juicy answer. I really don’t. So boring! I’m going have to make something up. Me and (Lita) discussed this other day. I was like, ‘I really have nothing.’ There was just that phase with us girls, as boring as it may sound and not Total Divas episode worthy, we were all just pretty cool all of us. We were really great friends… We were creating something special with the women’s division… There wasn’t much ribbing going on and I’m glad because it was nice. It was a really nice environment.”

Being in Gridlocked with Danny Glover: “Such a gentleman and so sweet. He’s a little bit older now… he reminded me of the wrestlers where you go backstage and wrestlers are getting up there and they’re just sort of keeping to themselves and a bit quiet and they don’t look as alive as you remember them looking. And the minute they get in the ring, or in Danny Glover’s case, the minute they call action this man came alive and oozed charisma… He was amazing. He was really great about encouraging everyone and “great job kids!” Because a lot of the (actors) on the set were younger than him. He was like, ‘great job kids and thank you so much everybody.’ He’s such a great guy.”