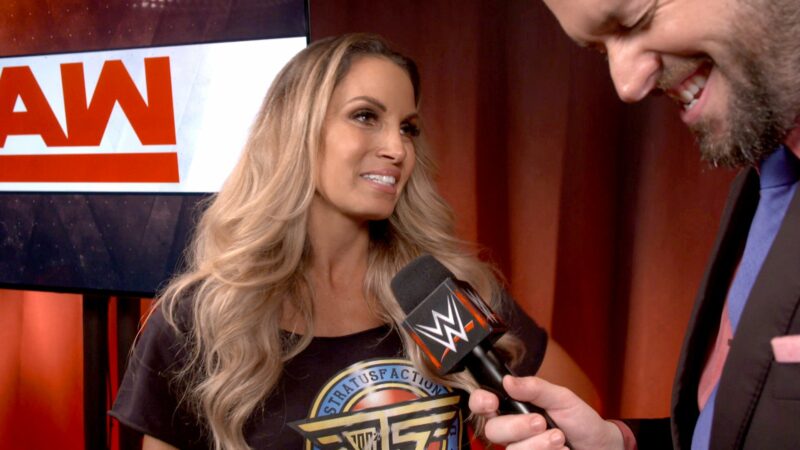 Trish Stratus will be on WWE Raw tonight in Toronto, and Beth Phoenix is also in Toronto for the show. Edge will take on Damian Priest to headline the show.

Reports emerged that Tenille Dashwood parted ways with IMPACT Wrestling after her profile was removed from the promotion’s official roster page. It turns out that she officially confirmed it herself. Dashwood tweeted the definition of “free agent” to indicate signal her departure. Dashwood also wrote, “Get those merch orders in before it’s too late

Mike Johnson of PW Insider has confirmed that the Australian wrestler’s contract expired and wasn’t renewed shortly after a loss to Masha Slamovich on AXS TV last month.

After having a stint with WWE, Dashwood signed with Impact in 2019 to challenge the Knockouts Champion Taya Valkyrie. Thoough she failed to win the title, she tasted success in the women’s tag division when she formed The Influence alongside personal photographer Kaleb with a K and Impact legend Madison Rayne.

It was at “Sacrifice” on March 5 that Dashwood and Rayne defeated The Inspiration to become the Knockouts Tag Team Champions. They would reign atop the division until “Slammiversary,” when they lost the titles to the newly reunited Ragnarok, the team of Rosemary and Valkyrie.

While The Influence would add Gisele Shaw to the group, Dashwood’s exits marks the end of the original members’ time in Impact. Dashwood has Wrestlefest appearances in the UK scheduled for September. Beyond that, it’s possible that she could follow her former partner to AEW, as she appeared in the inaugural AEW Women’s Casino Battle Royale. She could also head to Ring of Honor, as she did compete in the Women of Honor division in 2018-2019.

Dashwood is currently dating WWE star Madcap Moss and he responded to her “free agent” tweet with three of the eyeballs emojis. We will have to see what the future holds for her.