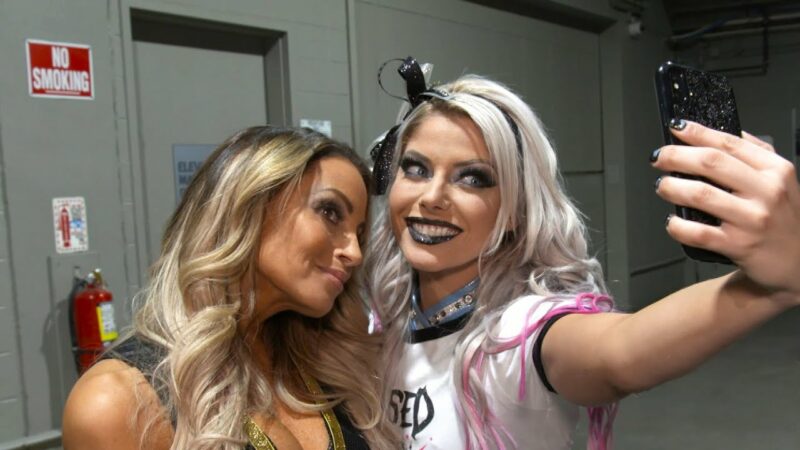 The former WWE RAW Women’s Champion Alexa Bliss recently received a heartfelt message from WWE Hall of Famer Trish Stratus following the conclusion of a recent live event. The Hall of Famer made several appearances during the latest WWE live event in Kingston, Canada. She shared the ring with Little Miss Bliss at one point, and the duo seemingly had a lot of fun. She also shared the ring with Kevin Owens and Theory.

A fan page later shared a picture of the two female stars from the live event. Stratus shared the photo on her Instagram story and she believes they look ‘adorable’ in the picture. Bliss reposted Stratus’ story on her Instagram as well. 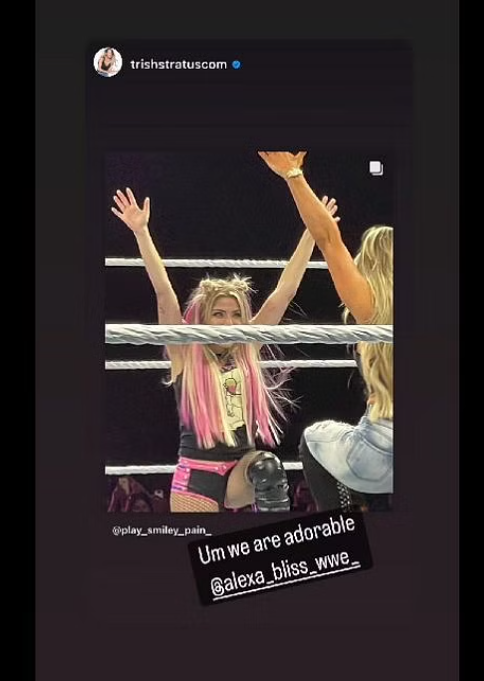 The former RAW Women’s Champion was scheduled to face the Hall of Famer in the inaugural Evolution pay-per-view. Later, that match turned into a tag team contest between Alexa Bliss and Mickie James vs. Stratus and Lita. However, Little Miss Bliss was not cleared to compete due to concussions, and Alicia Fox replaced her in the bout.

Back in 2020, Bliss spoke with Vicente Beltrán of ViBe & Wrestling and revealed that she wants to take on Trish Stratus at Evolution II if the event ever occurs.

“Probably Trish because that was the match that was originally supposed to happen or a tag match with Lita… I think the original match of what it was supposed to be is the one that I would want to have so I can go back and mark that off my match bucket list,”Alexa said.