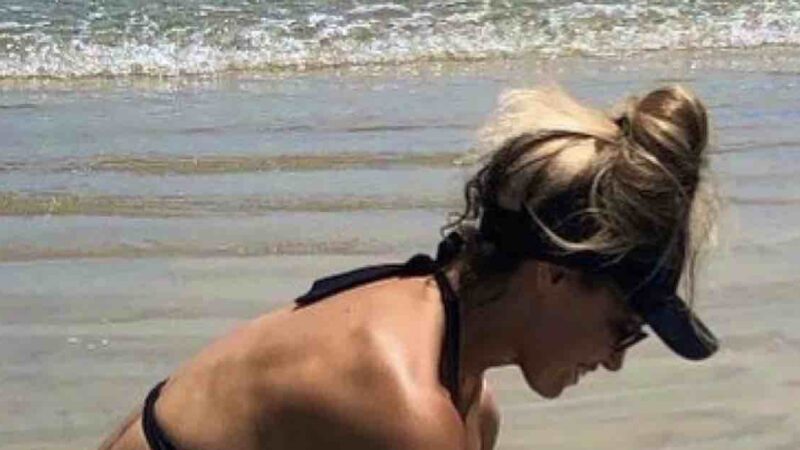 Trish Stratus recently posted a beach swimsuit photo with her child in Florida, as seen below.

Trish Stratus was all about ‘rock and roll’ in WWE with her theme song, and one rock band are huge fans of WWE. Shinedown is one of hard rock’s most popular and beloved groups of the last two decades. With hits like ‘Diamond Eyes’ and ‘I Dare You’ the group has gone on to sell more than 10 million records. The band is currently in the middle of support of their latest album, ‘Planet Zero’ which has proven to be extremely successful as the album topped the all-genre Billboard Top Album Sales chart, a first for the band.

Outside of being one of the premiere hard rock groups of the last twenty years, Shinedown has also been a major factor in the world of professional wrestling and sports entertainment. The group has lent its music to some of WWE’s biggest events and superstars. The group’s 2012 hit “Enemies” would be used as WWE Monday Night RAW’s main theme song from July 25, 2016 – May 22, 2017, while Shinedown’s 2018 hit ‘Devil’ served as the main theme for WWE WrestleMania 34.

In a new exclusive interview with Alternative Nation, lead singer Brent Smith discusses the involvement and relationship he has with WWE and praised the organization that he says has supported them for years. In addition, Smith touches on the comparison between musicians and professional wrestlers & sports entertainers as a whole. Credit to Alternative Nation for the following exchange.

AN: “Interestingly, you brought up being two different characters. Like yourself, I’m one way outside of music and one way inside of music. Now, I always viewed it that musicians are a lot like professional wrestlers. Like a character, that’s your character. Getting into that, you guys have had a lot of music with WWE. What was that like? Are you a big wrestling fan? Can you discuss getting a placement with WWE?”

Brent Smith: “Well I’m a big fan of all the guys and girls with the WWE. I have an immense amount of respect for how much integrity they have for performance art. Not only that but it’s a performance art that’s very, very physical. That’s part of it as well, when we are on stage, it gets very physical as well. However, from day one the WWE has always been supportive. I think literally every event whether it’s been Raw or WrestleMania, [Royal] Rumble or Pay-Per-View, etc. There were so many things that they used our music in and exposed us to a vast audience. We have nothing but respect for that organization and how they’ve supported this band over the years.”