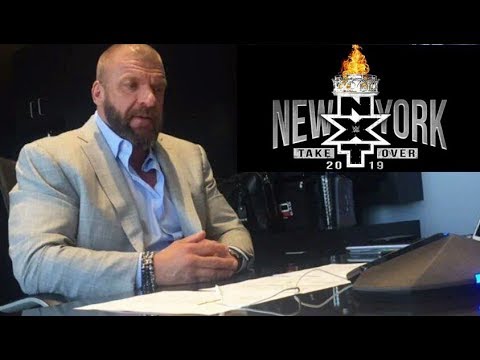 During a conference call today, WWE COO Triple H discussed NXT TakeOver: New York and answered several questions, including adding some color around the process for NXT talent to be called up to the main roster and Vince McMahon’s role. Below are some highlights:

Triple H on what a conversation with Vince is like on him wanting NXT talent—Triple H says there is no “you can’t have him” to Vince. He says people get confused about the relationship and forget it’s all 1 team working together and Vince signs off on everything.

HHH says they knew Ciampa’s neck surgery was a necessity prior to the callup, but wanted to get him some main roster experience. The injury went from something manageable to a risk they didn’t want to take. ^JN

Triple H says he doesn’t think people give Vince enough credit to shift and morph on what is needed in the time. Says reimagining everything is one of Vince’s biggest skillsets. For example, says Vince not afraid to look at PPV revenue model & go with OTT model.

On why Keith Lee-Dijakovic wasn’t on TakeOver, HHH says they had to pause that for a while without getting into whether Keith Lee is injured. “We had a situation that made us change some creative.” ^JN

Other highlights from the call included: