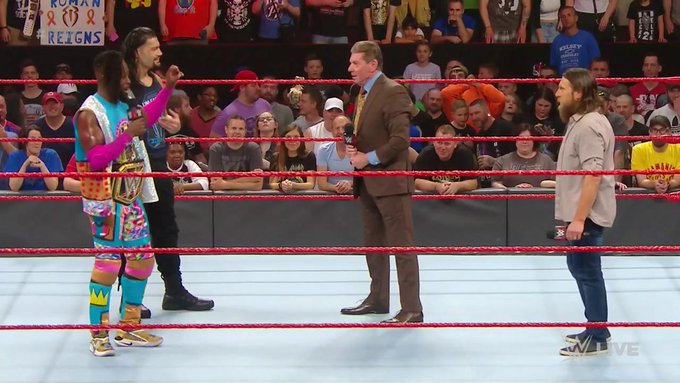 This week’s episode of Raw saw Vince McMahon introducing the Wild Card Rule in hopes of giving a boost to the TV ratings which have seen a massive decline in the last few weeks.

And it appears that the appearance of stars like Roman Reigns, Daniel Bryan and Kofi Kingston did help the show as it stopped the ratings from declining even further.

This week’s episode of Raw with the WWE Championship WrestleMania rematch between Kofi Kingston and Daniel Bryan in the main event drew a total of drew 2.244 million viewers.

This was a 4% increase from last week’s 2.158 million viewers though the ratings were still on the lower end. This was the second lowest viewership score of 2019 and the third lowest audience for a nonholiday episode of the show.

Now it’d be interesting to see if SmackDown benefited from this rule too and if the company is able to continue this rise and stop the ratings from going down further in coming weeks.