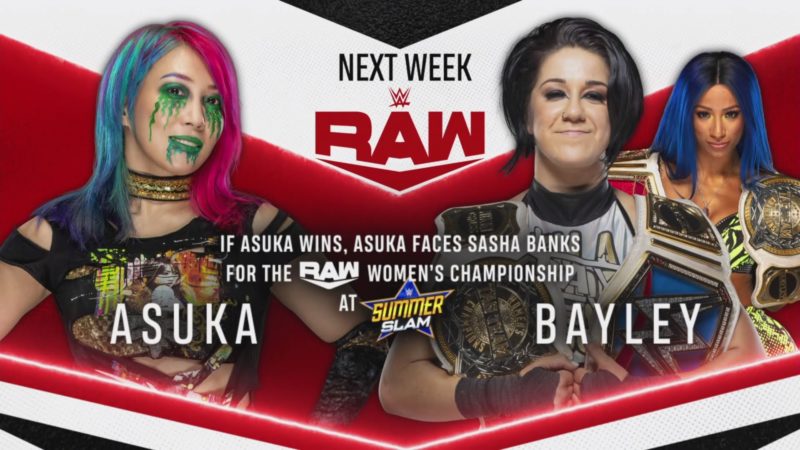 Two matches are official for next week’s red brand show.

On this week’s edition of Monday Night Raw, it was announced that Randy Orton will be going one-on-one against Kevin Owens in one of the featured bouts of the evening.

Also set for next week’s show, as the road to SummerSlam 2020 on August 23rd continues, a women’s bout has been announced for the 8/10 episode of Monday Night Raw with Double-Champ Bayley going up against former Raw Women’s Champion Asuka.

If Asuka is victorious in the bout, she will advance to challenge Double-Champ Sasha Banks for the Raw Women’s Championship at the WWE SummerSlam PPV on 8/23.

Check out the official announcement regarding next week’s episode of WWE Monday Night Raw below.