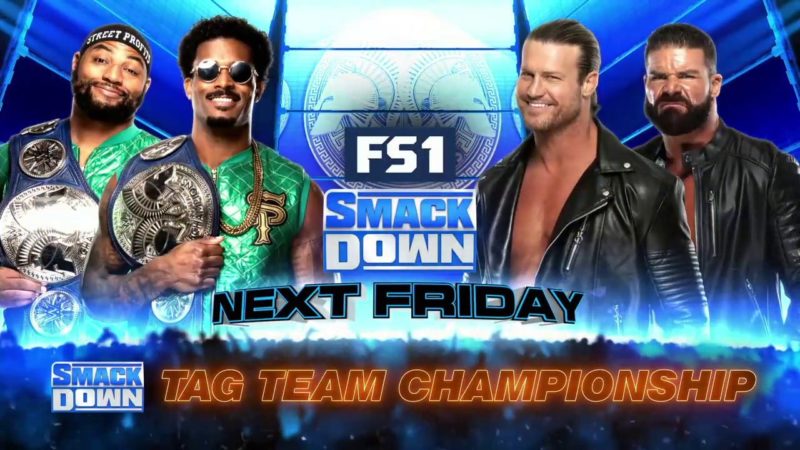 WWE is bringing a jam-packed lineup to the new-and-improved ThunderDome inside Tropicana Field in St. Petersburg, Florida next week, as two big matches have already been announced for the WWE TLC 2020 “go-home show” for the blue brand.

As noted, during this week’s episode of the weekly WWE on FOX program, it was announced that the final show for the blue brand leading up to their year-end WWE TLC 2020 pay-per-view will be airing on FOX Sports 1 (FS1) instead of FOX next Friday night.

Scheduled for the 12/18 edition of WWE Friday Night SmackDown On FS1 is a SmackDown Tag-Team Championship contest, as current title-holders The Street Profits (Angelo Dawkins and Montez Ford) put their gold on-the-line against the dangerous duo of Dolph Ziggler and Robert Roode.

Also official for the blue brand program airing on FS1 next Friday evening is a one-on-one women’s match, with the longest-reigning women’s champion in blue brand history, former SmackDown Women’s Champion Bayley squaring off against Bianca Belair in singles competition.

Check out the announcements regarding the two matches scheduled for the WWE TLC 2020 “go-home” episode of WWE Friday Night SmackDown On FS1 next week via the posts embedded below courtesy of the official WWE and WWE on FOX Twitter feeds.

Make sure to join us here at Wrestling-Edge.com on 12/18 for live WWE Friday Night SmackDown On FS1 results coverage from St. Petersburg, FL.