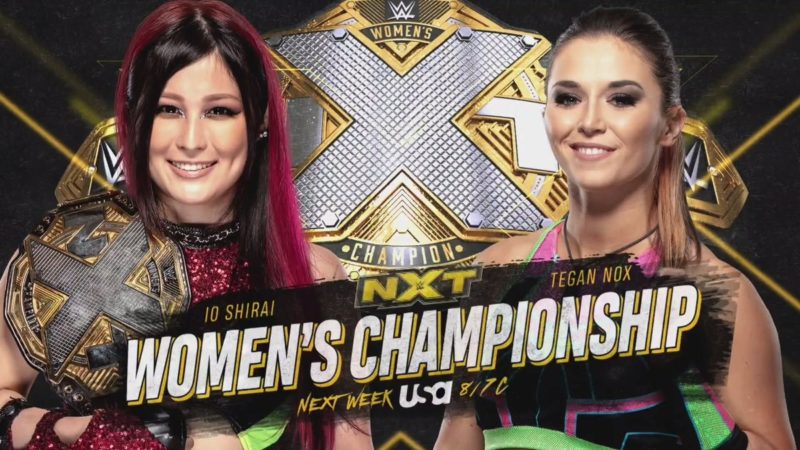 A world title bout and an additional match for next week’s episode of NXT On USA have been announced by WWE.

During night two of the NXT Great American Bash on Wednesday night, it was announced that “The Genius of the Sky” will be defending her NXT Women’s Championship on next week’s show.

WWE NXT airs against the AEW Fight For The Fallen 2020 special event in the July 15th “Wednesday Night Wars” showdown and serving as the main event for the former will be Io Shirai defending her NXT Women’s Championship against Tegan Nox.

The match was announced on this week’s NXT broadcast. Nox earned the title shot with her victory over Dakota Kai, Mia Yim and Candice LeRae in the Fatal-4-Way Number One Contender match at night one of the NXT Great American Bash last week.

Additionally, the 7/15 show will feature a one-on-one match pitting Damian Priest against Cameron Grimes in a rematch of their singles bout on the June 24th episode of WWE NXT.

Join us here at Wrestling-Edge.com on 7/15 for LIVE WWE NXT Results coverage!