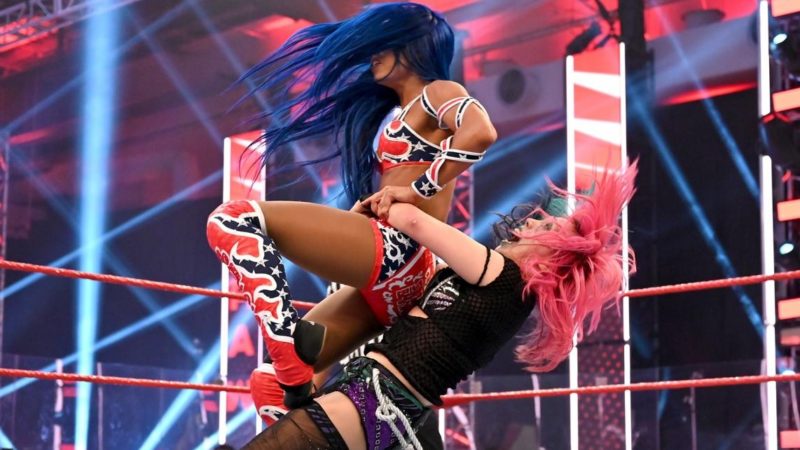 Asuka out for redemption on RAW

The road to WWE SummerSlam 2020 continues when WWE Monday Night Raw returns at the Performance Center in Orlando, Florida next week.

Asuka will be out for redemption and Drew McIntyre will respond to Randy Orton’s attack when the weekly WWE red brand television program returns this coming Monday night.

After this week’s episode of Friday Night SmackDown, WWE.com released the following preview and video trailer for the August 3, 2020 episode of Monday Night RAW:

Will Asuka be out for retribution on Sasha Banks & Bayley?

How will Bayley & The Boss’ reign of dominance across brands continue? Will Asuka be out for payback after the career-ending attack on her best friend? Find out this Monday on Raw at 8/7 C on USA!

How will Drew McIntyre respond to Randy Orton’s attack?

Randy Orton made it clear that he’s coming for McIntyre’s WWE Championship last Monday on Raw, and The Viper struck first, dropping the champion with a thunderous RKO after McIntyre’s grueling win over Dolph Ziggler in an Extreme Rules Match. How will the fearless WWE Champion react to Orton’s ruthless attack outta nowhere? Find out on Raw, this Monday at 8/7 C on USA!

Join us here at Wrestling-Edge.com on 8/3 for live WWE Monday Night RAW results!