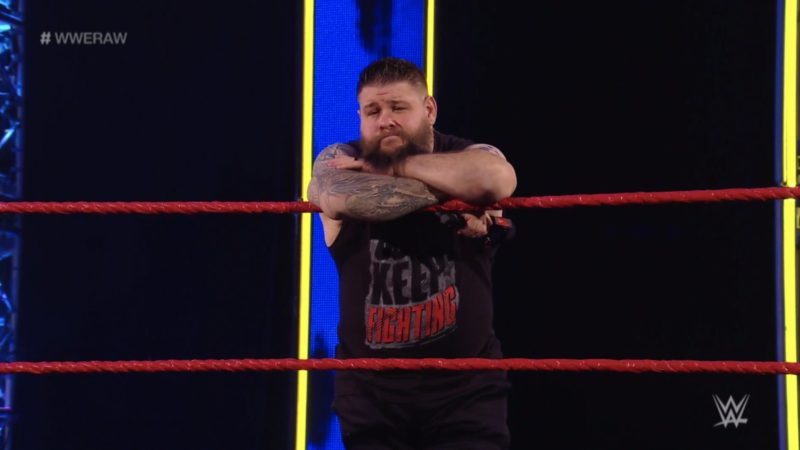 On Monday Night RAW, Kevin Owens made his long-awaited return to the company following his epic win at WrestleMania 36. The Prize Fighter even brought back the KO Show, looking to delve into the issues surrounding Zelina Vega and her stable. Last week, Austin Theory was seemingly on the outs with Andrade and Angel Garza.

However, Vega seemed to repair their relationship, at least for the time being. On the KO Show, Vega and her crew were blindsided by another returning Superstar, Apollo Crews.

Crews bolted to the ring, quickly entering a three-on-one fight with Vega’s group. Kevin Owens jumped in to try and even the odds, leading to a tag team match. Garza and Andrade would ultimately fall after Garza was planted with Apollo Crews’ powerbomb.

With Apollo Crews now back on Monday Night RAW, we may see him get another shot at Andrade’s US Championship sooner rather than later. Unless, of course, Kevin Owens is looking to pick up another prize.