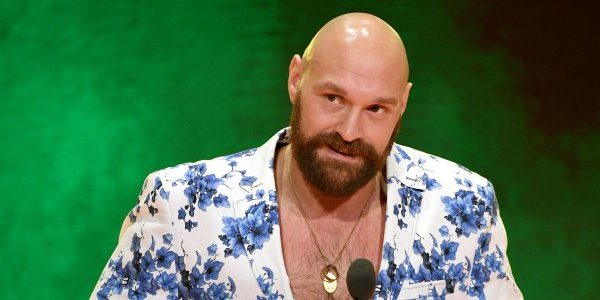 Tyson Fury has completely dominated the Boxing World in the past few years and he isn’t stopping anytime soon. However, at the same time, Fury is someone who loves to work in WWE and already has a pinfall victory over the current Universal Champion Braun Strowman.

Interestingly, Fury stated on Redknapp’s Home Fixture that he recently had a phone-call conversation with Vince McMahon and that there could be an opportunity for him to lace up his wrestling boots again.

Tyson Fury (on Redknapp's Home Fixture on Sky Sports) says he spoke on the phone to Vince McMahon last week and said that "there may be an opportunity coming up soon" to wrestle again. @davemeltzerWON @SeanRossSapp

The two parties seem eager to work with each other and it looks like Fury’s next appearance in the company could happen soon. Now that Braun Strowman is the Universal Champion, it wouldn’t be surprising if WWE uses him as a potential contender for the title.

Would you like to see Tyson Fury in WWE once again? Tell us in the comments.