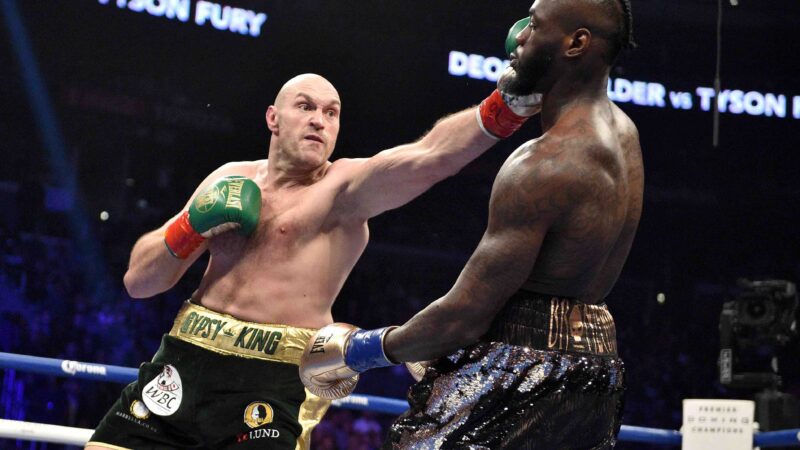 WBC and The Ring world heavyweight boxing champion Tyson Fury said during a press conference Tuesday that he does not believe Deontay Wilder, is “mentally, physically or emotionally involved in this fight.” This shocked the world as we head into this fight July 24th. Who is in for what in this fight? Nate Diaz ‘Crazy’ UFC 263 Paycheck Leaks.

Fury and Wilder are no strangers to each other as the two came to a draw in December 2018 before Fury defeated Wilder via seventh-round TKO in February 2020.

Fury continued to bash Wilder stating: “It’s crazy, he’s letting himself down, letting his fans down, letting the people of America down, the American media. People have come here to interview him, to see what he’s got to say and promote the fight….I’ve done my end, and it’s up to him to do his bit.”

Wilder had nothing to say. His trainer, Malik Scott, explained the situation to Raimondi: “He’s just not feeling it, man. What I could say is he’s in a very violent mood. He’s been like that in training camp. He shuts down. And honestly, I don’t mind it. I think this fight sells itself. I think him not saying nothing is selling itself. Boxing is quirky. Boxing is weird.”