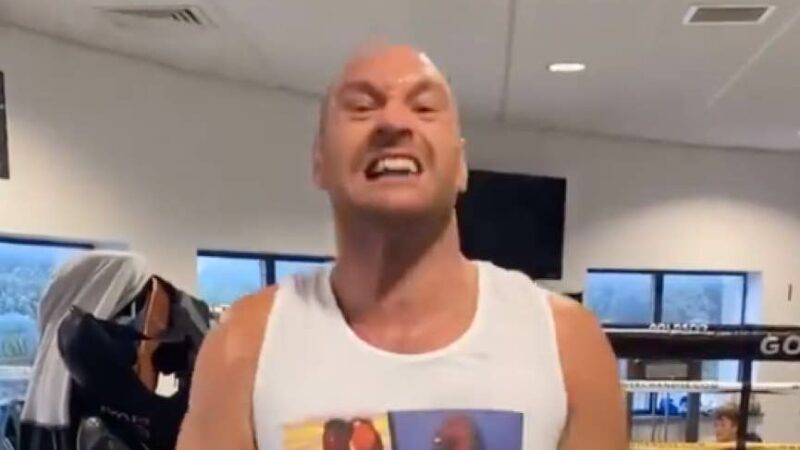 Boxing great Tyson Fury recently gave some advice to Anthony Joshua ahead of his fight against Oleksandr Usyk. ‘The Gypsy King’ sent out a video that showed AJ how to fight the Ukranian boxer.

Tyson Fury explains how to fight to Anthony Joshua

In a video posted on Instagram, ‘The Gypsy King’ showed his foe how he can beat the Ukrainian. Fury tried out the new Paffen Sport Boxing equipment he received with trainer Andy Lee at his home gym. He made Lee wear a body protector and fired off multiple body shots as his son watched from outside. While concluding, Fury’s assistant trainer exclaimed that he would be dead if he wasn’t wearing the body protector.

Despite stating that he is currently retired, Fury has been training every day, going on runs with Joseph Parker and training in the gym. Fans believe that the WBC Heavyweight Champion will return to the ring for one penultimate fight against Anthony Joshua.

Meanwhile, it has been announced that Anthony Joshua and Oleksandr Usyk are set to fight on August 20 at the Jeddah Superdome in Saudi Arabia. ‘AJ’ is looking to win the titles back from ‘The Cat’, who dethroned the Brit in September last year.