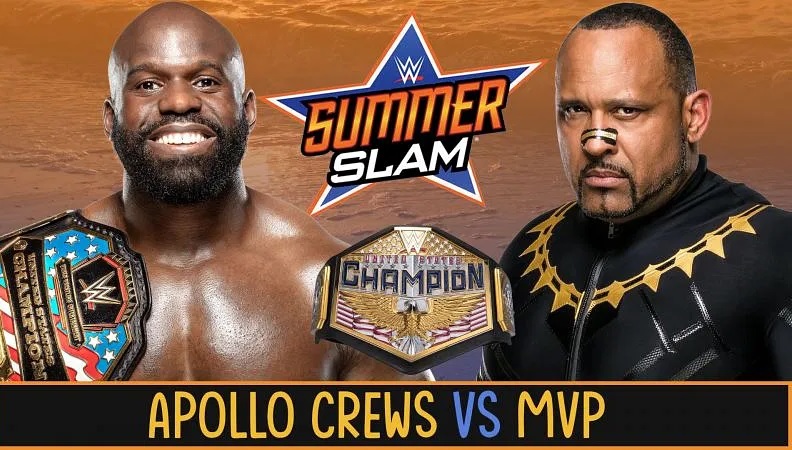 A new championship match is official for “The Biggest Party of the Summer.”

On this week’s edition of WWE Monday Night Raw, a United States Championship bout was officially added to this month’s WWE SummerSlam 2020 PPV.

After returning to action and defending his U.S. Title against MVP in a match that saw Bobby Lashley and Shelton Benjamin at ringside, Apollo Crews accepted a challenge from MVP later in the show for a rematch with the title on-the-line at WWE SummerSlam 2020.

Crews also noted that he will be carrying and defending the new United States Championship belt and will be hanging the one with the old design on the wall on his kids’ bedroom.

Join us here at Wrestling-Edge.com on 8/23 for LIVE WWE SummerSlam results!

#WWERaw kicks off with style as the #USTitle is on the line!